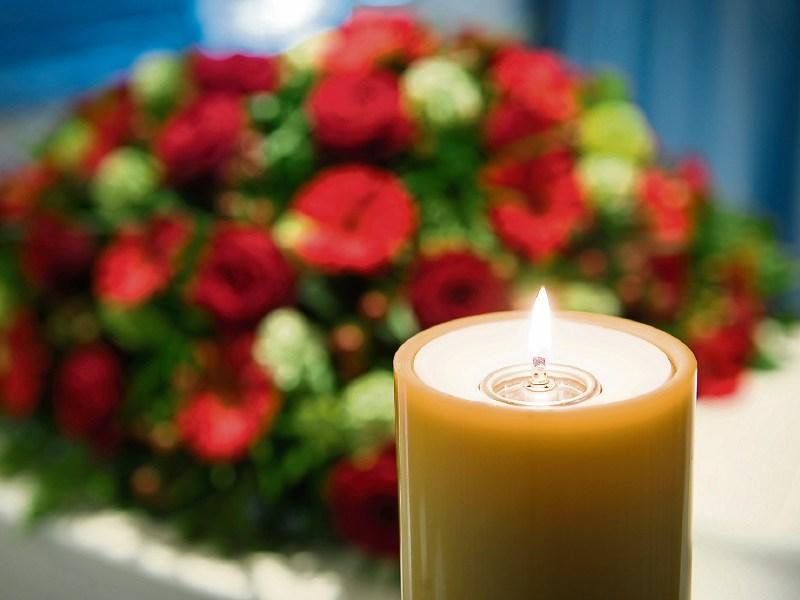 He will be sadly missed by his sisters Rita and Sr Maura (Presentation Sister) sister-in-law Brid, nieces Finola, Grainne and Niamh, grand-nephew Brendan and grand-niece Amalia. Deeply regretted by his Confreres at Divine Word Missionaries also the Holy Spirit Sisters, relatives and many friends.

Fr Brendan’s remains will arrive to the Divine Word Missionaries Chapel, Moyglare Road, Maynooth on Thursday at 6.00 pm for prayers and Mass. Removal to Donamon Castle, Roscommon on Friday, October 21, to arrive at 9.30 am followed by Requiem Mass at 12.00 noon and burial in the Community Cemetery.

David (Dave) Connell of Newtown, Rathangan died peacefully on Wednesday, October 19, peacefully at home surrounded by his Family. Beloved husband of Theresa and father of Ailish, Theresa, Mary and David. Predeceased by his brother Harry and sister Betty. Will be sadly missed by his loving family, brothers Eddie and Tommy, sister Mary, sons in law Paul, Bernard, daughter in law Grace, grandchildren, sisters in law, brother in law, nieces, nephews, relatives and friends.

Reposing at his home on Wednesday evening from 7 o'clock with Rosary at 9 o'clock. Removal on Thursday evening, October 20 at 6.30 o'clock to the Church of Assumption, Rathangan arriving at 7pm. Funeral Mass on Friday morning at 10pm followed by burial in St. Patrick's Cemetery, Rathangan.

Reposing at Anderson and Leahy's Funeral Home from 3 o'clock on Thursday with prayers at 8 o'clock. Removal on Friday morning at 10.15 o'clock to arrive at St. Conleth's Parish Church for 11 o'clock Mass. Funeral afterwards to St. Conleth's Cemetery, Newbridge. Family flowers only please. Donations, if desired to St. Anne's Ward, St. Vincent's Hospital, Athy. Donations box in the Funeral Home and the Church.

Reposing at his home on Thursday and on Friday from 12pm with prayers on Thursday evening at 8pm. Removal on Friday evening at 5.45pm to arrive at St. Conleth's Parish Church for 6.30pm. Funeral Mass on Saturday morning at 11 am followed by burial afterwards in St. Conleth's Cemetery, Newbridge. Family flowers only please. Donations, if desired, to the Friends of St. Brigid's Hospice, Moore Abbey. Donations box in the Church.

The death occurred of Thomas (Tommy) Bagnall of Ballymakealy Lawns, Celbridge and late of Coill Dubh, on October 17, peacefully in the tender care of his loving family, deeply regretted by his loving wife Jane, brothers, sisters, brothers-in-law, sisters-in-law, nephews, nieces, relatives and friends.

Reposing at his residence on Thursday from 12 noon, with rosary at 8pm. Removal on Friday morning at 10.15 am to arrive at St. Patrick's Church, Celbridge for 11am Funeral Mass, followed by burial in Donacomper Cemetery.

The death occurred of Jack Carpenter of Maynooth and formerly of Mullingar and Bogganstown, Dunboyne on October 17, peacefully after a long illness and in the loving care of the staff at Maynooth Community Care and surrounded by his family. Jack, beloved husband of Nuala, dear father of Anthony, devoted grandfather to J.J and Tara and father-in-law to Angela. Sadly missed by his loving family, brother-in-law, sister-in-law, nieces, nephews, grandnieces, grandnephews, relatives, neighbours and friends.

Reposing at her home from 2pm on Wednesday with Rosary at 9pm. Removal on Thursday at 11.30am, arriving to St. Mary's Church, Broadford for 12.00 noon Funeral Mass. Cremation afterwards in Newlands Cross Crematorium at 2.30pm.

Reposing at her home on Tuesday with prayers that evening at 7 o'clock. Removal on Wednesday morning at 10 o'clock to arrive at St Conleth's Parish Church for 11 o'clock Mass. Funeral afterwards to St. Conleth's Cemetery, Newbridge.

Reposing at her home in Woodview, Monasterevin, Co. Kildare on Tuesday from 4pm with rosary at 7pm. Removal on Wednesday at 10.30am to St Peter and Paul's Church, Monasterevin arriving for 11am. Burial afterwards in St. Even's Cemetery, Monasterevin.

Reposing at her residence on Tuesday from 12 noon, with rosary at 8 pm. Removal on Wednesday at 10.30 am to arrive at the Church of Our Lady and St. Joseph, Prosperous for 11 am Funeral Mass, followed by cremation in Newlands Cross Crematorium. Family flowers only please. Donations, if desired, to Irish Cancer Society.

Reposing at her home on Wednesday from 5pm to 8pm. Requiem Mass on Thursday morning at 10am in The Star of the Sea Church, Sandymount followed by Cremation in Mount Jerome Crematorium. Family flowers only please (no lilies). Donations, if desired, to The Friends of St. Brigid’s Hospice, Moore Abbey, Monasterevin.

Reposing at his residence on Monday with rosary. Removal was on Tuesday at 10.30am to arrive at Newtown church for 11am funeral Mass, followed by burial in Mainham Cemetery, Clane. Family flowers only, please. Donations, if desired, to Friends of St. Brigid's Hospice, Moore Abbey.