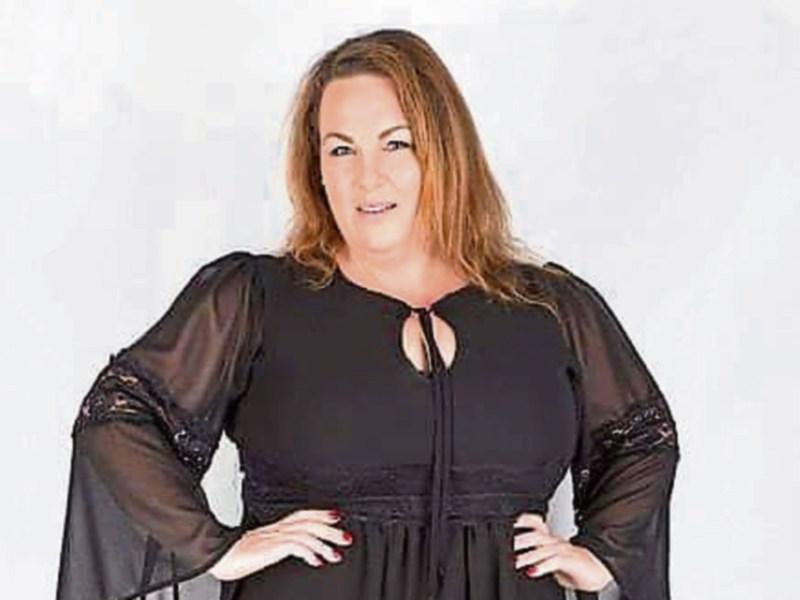 Fiona Byrne Keogh from Kildare town has been selected as a finalist in the Miss Curvette 2016 competition.

The Miss Curvette 2016 Annual Curvy competition will be held on Saturday, October 29 next.

The competition is described as a rival to Miss Ireland for beautiful curvy Irish ladies, who will get a chance to shine on the catwalk.

Fiona (45) from Ruan Beg in Kildare town has four children ranging in age from 19 to three years and is married to David.

“I won a Simply B plus size competition years ago and I got a couple of jobs out of it like Off The Rails but the plus size movement had yet to take off,” said Fiona.

“I got scared of all that was coming at me and I then had two more kids.”

She added that she wanted to get her weight down until one day she decided to accept herself.

“ One day I just decided to accept myself and my body type and to just concentrate on that. I still had a few contacts and I am really into fashion. So when I saw the competition advertised I decided to go for it and now here I am in the semi -final.”

Fiona who is a size 22 and five foot six acknowledges that it is still hard to get nice clothes for plus sized women but adds that it is getting easier.

“I'm helping to break the mould,” she added. “It's going great. We have plus sized events page locally on Facebook and its great to see younger people getting involved.

“I have had so many emails of support from women my age too saying that I am an inspiration.

“I have four children,so I have to look after myself and I love what I do.”