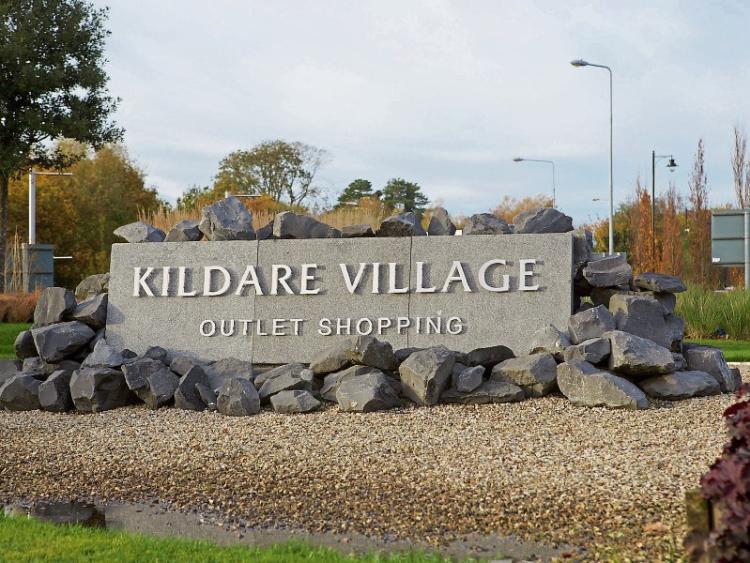 Kildare Village is growing while town centres feel the pinch

So, Kildare Village is set to expand again...

A few explanations have been offered for the success of the Village: people love a bargain – especially when it comes to exclusive designer goods; it’s close to Dublin; Chinese visitors go mad for the labels available; sections of the economy are improving and the Village is expanding with them.

All of these, and other, factors no doubt have their validity. But there is another lure ...

There was an advertising executive who worked at the Leinster Leader years ago. Apparently he used to say in jest that his department was selling was “a dream”. That was quite ahead of its day given that Don Draper would decades later state that he was offering “happiness”.

These two lines came to mind when walking around Kildare Village one storm-strewn morning.

Everything is cute and well maintained and fairly unIrish. If you showed somebody a picture of the thoroughfare of shops they’d think America ... Something reaching towards the mythical town in It’s A Wonderful Life.

There are no ugly facades put up in the early 1970s. Just uniform prettiness and luxury brands in place of the bookie, the charity shop and the ‘Closing down sale’ sign on the clothing store that’s been there for generations.

Kildare Village has the man-made, manicured beauty of a parklands golf course. Outside is more chaotic and mundane at the same time. Inside the gates there is an escape from all that. And if you can get a good discount, all the better. I would query the supreme-value-here marketing though. I left with two pairs of children’s shoes and the prices on them would have brought down a government in the 1980s.

Feelings of being shortchanged, however, were negated by the overall pleasantness of everything. Even the playground is a higher standard of finish to the norm and – unlike one Naas playground I can think of – there is no sexually explicit graffiti on the slide.

On the way out I saw they even have valet parking now for all of those who want the proper Yank customer experience.

The next day I was walking down Naas Main Street. It felt like there were more people in the Kildare Village branch of Superdry than there were shopping in the county town. That wouldn’t make you feel good.

The Village brings a great amount of jobs to the area. But does it bring any real wealth? The kind of wealth that used to be created and reinvested by the family traders in the towns' main streets? You wouldn’t imagine so.

And as the Christmas shopping season approaches, it's the the traders paying high rates and high rents, with no free carparks within a two-minute walk, I'll be sparing a thought for.

The Village is turning over millions selling a dream. But the reality for many traders in the local towns is a lot more bleak. When it comes to tax-breaks and various state hand-ups they are seldom near the top of the list, but they should be.

They, after all, paid the high duties that kept everything going when the only thing you could buy in your typical village was bread, stamps and pints.