Off the Ball's MVPs are their Kildare hosts 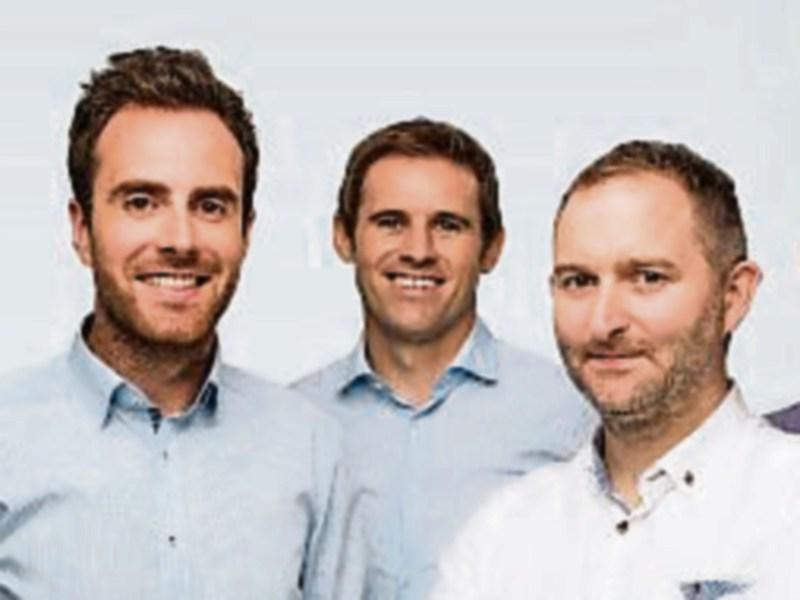 There was a time when you hadn’t digested the big game of the weekend until you’d read certain sports writers on a Monday.

Myself and a colleague were chatting about this recently, and came to the conclusion that there is nobody hitting the mark that Con Houlihan did in the 70s and 80s or Tom Humphries from the early 90s until a few years ago.

Instead, we agreed, listening to Newstalk’s Off The Ball on a Monday night now provides the most satisfying full stop to the weekend’s action.

Off the Ball has lots of excellent contributors including expensive (you'd imagine) retired players such as Brian O’Driscoll and Kevin Kilbane.

Yet the two most important members of their team are their hosts from this part of the world - Joe Molloy of Celbridge and Ger Gilroy from Athy.

Before we’re accused bigging up our local buddies or trying to engineer some air time, be aware that we’ve neither ambition nor aptitude towards radio. And we've never met Molloy or Gilroy.

So, what makes this pair stand out?

Well, Molloy has the quality that identifies all masters of their craft — he makes it appear simple.

His chat with Paul Kimmage on the most recent Sunday papers review — about Bradley Wiggins, TUEs and David Walsh — was as compelling as radio gets.

It's true that Kimmage is never likely to give dull replies. Still, Molloy put all of the pertinent questions, some of them difficult, but did so in such a controlled, well-paced manner that he managed to wring every answer out of Kimmage that the listener could want.

Ger Gilroy, then, is probably the best known of the Off The Ball team — excluding the former players of course.

He has an incredible knowledge of sport and a perspective on its place in life. He’s also a proper hack; you can really appreciate the amount of homework he’s done when he tackles the ever-present subject of doping in sport.

He also has confidence and an easy manner on air — such qualities, we assume, take many years of practice before they come across as natural.

He does, though, have a kink - and it can be a maddening one.

Gilroy will never ask, “did you forget the milk?” when he could instead say, “Yeah, was it, like, kinda a case of, ‘the shop is there, do I go in? Do I need milk? Am I even mildly lactose intolerant, to the point where it could affect my constitution by a percentile of a percentile - which could nonetheless be the difference between success and failure - and should I maybe try a hazelnut milk or perhaps soy instead? Or was it just one of those days where time and pressure got the better of you and the fact that you had to stop for milk got nudged from your thought process to the extent that you drove straight past the Spar on the way home and thought no more about it until later when, BAM, you opened the fridge and said, ‘sh**, I’ve forgotten the milk?’”

If Gilroy could ask a succinct question and then stop talking he’d have few equals in these islands as a radio host.

To be fair, Off the Ball, as a show, is already up there.

Not many people had huge faith in the format after what became the Second Captains team left en masse. But the programme has continued to be strong.

The show has had it’s faults in both eras - a bit too arch and sardonic and in the Second Captains days and sometimes a little too laddish now; sharp wit can give way to the dreaded sports banter.

But in the main, and in both eras, Off The Ball has been, week after week, terrific radio — always entertaining and always treating we the listeners as people with a basic level of intelligence and worthy of respect.

They have also been unafraid to look at the underbelly of sport with, as we’ve said, Gilroy in particular being on top of the doping brief.

Most recently, the Wiggins/Team Sky TUE subject was expertly covered. Yet, while this wasn’t an easy thing to do, they weren’t at risk of burning any bridges with that story.

There is another step to take. We’re always told that TUE abuse goes on across sports and national borders. Are Off The Ball prepared to take a forensic look at the TUEs of Irish rugby, soccer and GAA stars?