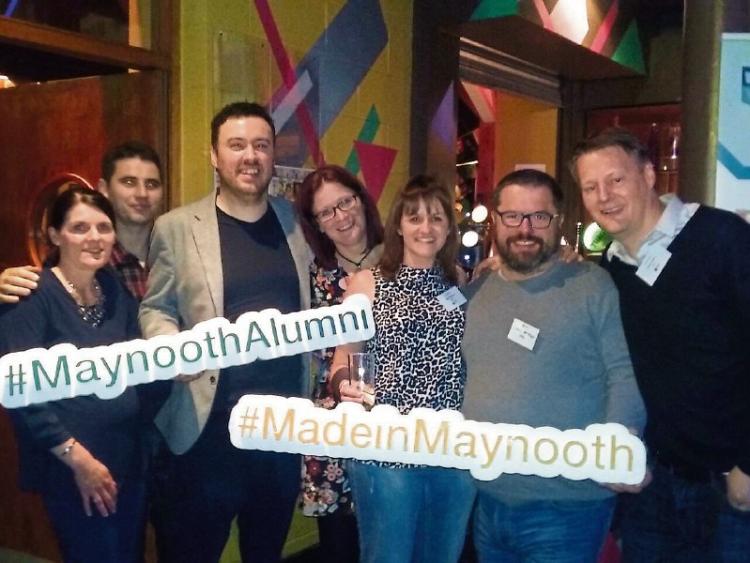 The other night I was at a 20 year college reunion. Jesus, I’m getting old!

The college in question was Maynooth University, or NUI Maynooth as it was called when I was there.

Inevitably, we got chatting about the old days, when war raged in Bosnia, the IRA ceasefire was just about holding and Kurt Cobain had just died and the 1996 version of Maynooth was a kind of Disneyland for young adults.

Here’s a list of some of some of the things we fondly recalled through the nostalgic fog.

1. Hitching was a perfectly reliable way of getting to college.

2. Long Tray from the Chinese — these days called a three in one.

4. The slight feeling of panic when the grass was mowed for the first time.

5. Actual opening of books when it is mowed for the second time. It’s all done away with all that now that they’ve introduced that most dreadful of Americanisms: semesterisation. With only one set of exams at the end of the year, we had the time and space to do some really fun, crazy and interesting stuff that 2016 students just don’t.

6. Maynooth was particularly good at the non-academic university experience — a place where young people could be exposed to so much, from engaging with clubs and societies, to weekends away, to taking part in debates. Student Union meetings, political gatherings and debates were always full to the rafters.

7. Socialising was, quite frankly, epic. I recall a gang of us falling out of the Roost early on a Wednesday morning after a celebration that began many hours earlier “on account of it being a Tuesday”.

8. Bar-ex’s. To say they were big nights in the on-campus student bar doesn’t do it justice. They were Greek tragedys of drunken and (usually unrequited) lust.

9. Donatellos — then the only ‘posh’ restuarant in Maynooth.

10. The Roost, including the ‘Greek and Roman’ section, the cocktail bar and the oul lads’ part. It was where you were liable to meet anyone from anywhere at anytime.

11. The LA — if you just wanted to get hammered (but also a grand carvery).

14. Brady’s - ‘oul fellas’ only. Things have certainly changed since thankfully.

15. The never-ending road works on the railway bridge.

16. ‘Science heads’ who had twice as many lectures as ‘Arts heads’ and were therefore half the craic, except for Eamon Hayes. He was always twice the craic.

17. ‘Arts Heads’ who had 12 hours of lectures a week - and still begrudged the extra two hours of tutorials.

18. The never-ending saga of the college trustees (the Bishops of Ireland) frustrating the establishment of a Gay and Lesbian Society. Current students look at you like you have 10 heads when you tell them this.

19. The college newspaper, the Source, was read from cover to cover by everyone.

20. Only seven students had cars, all ‘matures’.

21. Other than the Heineken and Guinness reps, only w****rs had mobile phones.