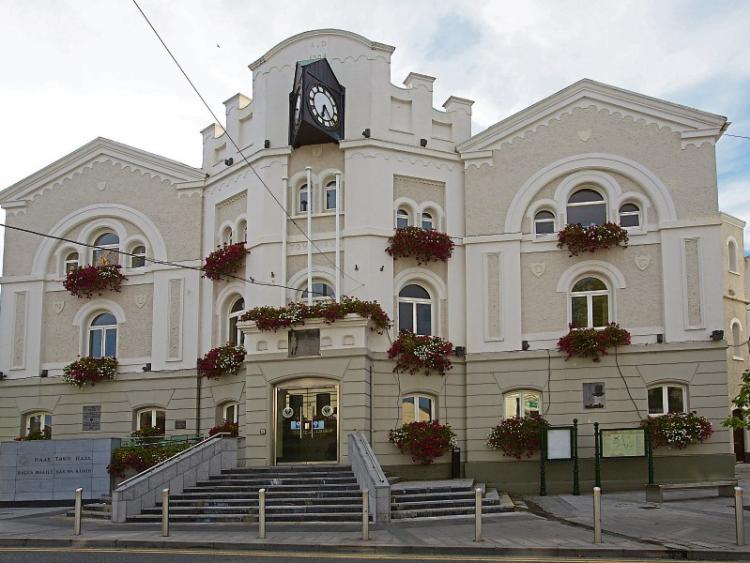 This article appeared in the print edition of the Leader in October, 2014 ...

YOU don’t have to be long in town to realise that there is a separate place called Old Naas.

Old Naas is not a European style, immaculately preserved medieval quarter of the town.

It may be more prevalent in certain roads, certain estates, certain bars or particular corners of certain bars but, essentially, Old Naas is more a state of mind than a physical location. You were born here, and so were several generations of your clan. You belong!

There are people of mature years who have lived in Naas most of their lives but they won’t ever be Old Naas. They never walked to the races at Punchestown.

If you’re still New Naas after 40 years in the area then what does that make a resident who can count his presence in months and not years? Box Fresh Naas? A complete blow-in? I don’t know.

Either way, being a newcomer is good. It’s interesting to get to know a place and form some impressions. Sometimes, fresh eyes can see the wood for the trees. It’s in that - possibly forlorn - hope that we offer some observations from New Naas.

Daft prices: If you want to be New Naas then you have to pay for the honour. About a year ago we began looking at websites with a view to moving here from London. You could rent a decent three-bed place for around €800 a month then. By the time we got here six months ago that figure had climbed to around €1,100 and a glance at the same websites tells me it’s still heading north. You’d imagine that you’d be assured a fairly decent house for that amount of money. Wrong.

We looked at 10 places before we eventually got lucky with a nice house for reasonable rent. The other nine places…

One in Monread was very nice indeed, but we arrived five minutes late to the viewing and in the meantime at least a dozen other parties had put an offer in - I’m not kidding about this. every viewing has more attendees than your average League of Ireland game.

Six houses were not terrible but not what you’d hope for.

Then there were two ... One, in an estate out the Dublin Road, had a bath-full of junk. Nobody had bothered to move it to the shed.

One house in Monread had a puddle in the middle of the kitchen, presumably from the nearby freezer that had been plugged out for a while. That’s okay, puddles happen. But what made this one special is that the letting agent stood a few feet away while punters mooched around the kitchen, careful not to step in the water.

He wasn’t minded to mop it up and the truth is he didn’t have to. He knew somebody would take the house anyway, such is the shortage of family homes to rent and buy in the town.

Why does this shortage exist? As well as the overall economic upswing you’ll hear “Kerry Foods” mentioned as key ingredient in the surge. Perhaps Kerry Foods workers like fighting it out with dozens of rivals to pay big money for houses that aren’t necessarily reflective in quality of the price. If, like most people, they aren’t then they’ll be commuting here from other nearby towns where you get more for your money.

Angry birds: Is it wrong for a grown man to be afraid of Swans? I hope not, because I’m afraid of those Swans at the lakes. The way they stand tall and spread the wings when you get within a few feet … that’s my prompt to push the buggy onto the grass and a more circuitous route. I tell myself that the kids are too small to fight off those crazy swans. I don’t fancy my own odds either.

Blue is not the colour: Nothing says New Naas quite like a Dublin jersey. If you were born in Dublin then, yeah, of course you should wear one. Dressing your Kildare-native kids in AIG garb though ... I’m not sure that’s the right thing to do. Actually, I have a big problem here. I’ll admit, the problem starts in the home. My own kids have Dublin jerseys, supplied by their over-the-border family. I am not really balanced about all of this. Arguments have happened. They all put the resistance down to my Cork chip on both shoulders. They are, of course, wrong. I haven’t dressed the kids up in red and white. I’ll let them pick their own team. It just won’t be Dublin.

A decent steer: The much-criticised comedian Ben Elton got one thing right when he said there are two things that men will never admit to being bad at: driving and sex. I’m nowhere close to secure enough in myself to concede to the latter but I will give you the former. Driving is not a particular talent. With four failed tests behind me, I cannot argue my case with confidence. I take solace in the obvious fact that I am far from alone in my status as useless driver.

Take a 10-minute spin in any direction and you’ll appreciate that my tribe are in the majority. At least I am self-aware enough to realise my many limitations and take appropriate caution.

But I am not helped by whoever designed the entrance to the big Tesco. Come off the roundabout and the road twists and turns like a belly dancer and is about as wide as a credit card. If you see me coming, watch out. Or it could become the point where Old Naas and New Naas collide.