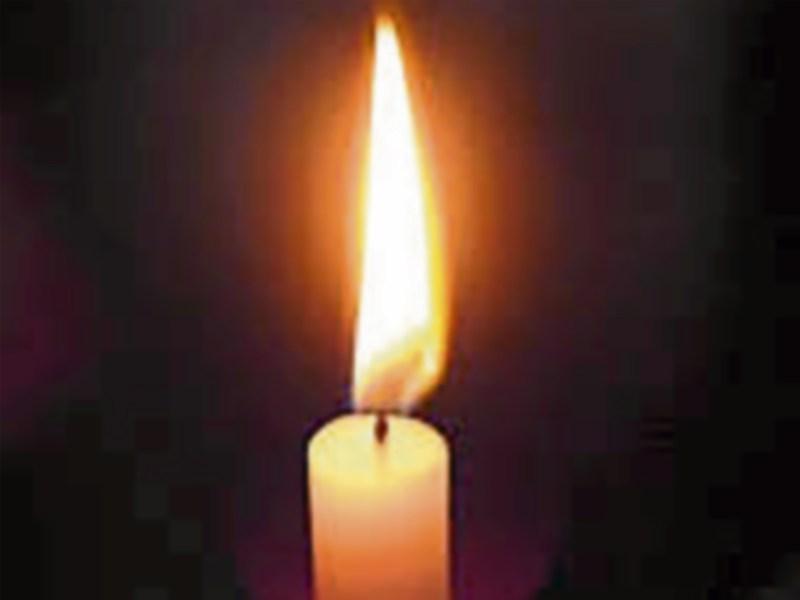 The following deaths have taken place recently in Co Kildare

The death has occurred of Enoch O'Neill, formerly of Milemill, Kilcullen. Peacefully at Naas hospital surrounded by his loving family. Husband of the late Mary.

Reposing at his family home from 3pm on Thursday with Rosary at 8pm. Removal on Friday morning at 10.15am to arrive at St. Conleth's Parish Church, Newbridge for Requiem Mass at 11am.

Family flowers only please. Donations, if desired, to the "Friends Of Naas Hospital Donations box in Church.

The death has occurred of PJ (Patrick) Bird, formerly of The Curragh Camp and late of Avondale Drive, Kilcullen.

Reposing at his family home from 6pm on Wednesday until conclusion of prayers at 8pm. Removal tomorrow, Thursday morning, at St. Brigid's Church, The Curragh Camp for Requiem Mass at 10am.

The death has occured of William (Willie) Oliver Plunkett Road, Ballymore Eustace, Co. Kildare and late of Blackrock, Co. Dublin. Retired member of an Garda Síochána. September 19 2016. Brother of Tom and the late Judy Carthy. Will be sadly missed by his nephews Paddy, Mark and Chris, nieces Mary, Celene, Hilda and Janet, brother-in-law Paddy, grandnieces and nephews, relatives and friends.

Reposing at Clarkes Funeral Home, Lower Main Street, Blessington on Thursday afternoon from 4.0’c with removal Thursday evening to the Church of the Immaculate Conception, Ballymore Eustace arriving for 8.0’c. Funeral Mass on Friday at 11.0c followed by burial in Burgage Cemetery, Blessington.

Reposing at Larkin's Funeral Home, Edenderry from 7.30pm this evening with Rosary at 9pm. Reposing from tomorrow, Thursday at 4pm with removal to St Brigid's Church, Clogherinkoe at 6.45pm arriving 7.30pm. Funeral Mass on Friday at 12 noon followed by burial in Derrinturn Cemetery. Family flowers only please. Donations, if desired, to Carbury Carers and Wisdom Club Clogherinkoe National School.

Reposing at his home on Wednesday from 7pm to 9pm. Removal on Thursday evening to arrive at the Church of Our Lady and St. David, Naas for 6.30pm. Requiem Mass on Friday at 10am. Burial afterwards in St. Corban’s Cemetery, Naas.

Reposing at Dunnes Funeral Home, Mill Road, Castledermot from 2pm until 10pm today, Tuesday, with Rosary at 8pm. Removal from there on Wednesday at 11.15am to The Church of The Assumption, Castledermot for Requiem Mass at 12 noon followed by interment in Nicholastown Cemetery. Family flowers only please. Donations, if desired, to The Friends of St. Vincent's Hospital, Athy. Donation Box in Church.

Reposing at his residence on (Tuesday) evening from 6pm to 8pm. Removal to the Church of St. Charles Borromeo, Confey on (Wednesday) morning arriving for Requiem Mass at 11am followed by burial in Confey Cemetery. Family flowers only, Please. Donations, if desired, to Our Lady’s Hospice, Harold’s Cross.