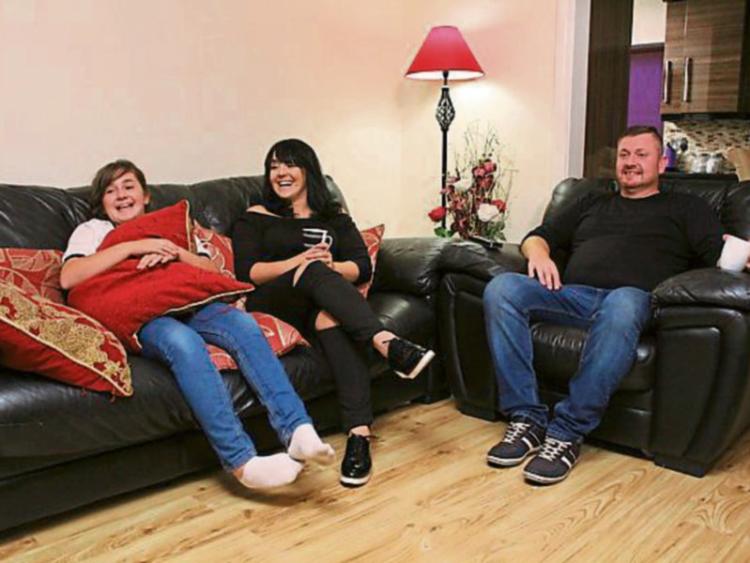 The Gruffertys, a family living in Athy, Des, Laura and their daughter Danielle

A family from Athy form the line up for the Irish version of Gogglebox the reality series of fans of the box.

The Gruffertys, a family living in Athy, Des, Laura and their daughter Danielle will be watching in with their two Jack Russell dogs. Laura owns a hairdressing salon in Athy, which was recently voted Best Salon in Ireland at the Hair & Beauty Awards.

Mother Laura and father Des met 14 years ago when Des walked into Laura’s hairdressers for a haircut and came out with her phone number. The couple have four children and live in Athy. Laura owns a hair and beauty salon in the town, while Des takes care of the kids and their two Jack Russell dogs. Laura and Des are joined on the couch by their 12-year-old daughter, Danielle.

The series, which will be narrated by Deirdre O'Kane and Rory Cowan, sees various Irish families watching television and commenting on their own opinions and lives as they watch. The show's become an international sensation, with many of the Goggleboxers in the UK becoming household names.Gogglebox Ireland begins on TV3 this Thursday at 9.30pm.