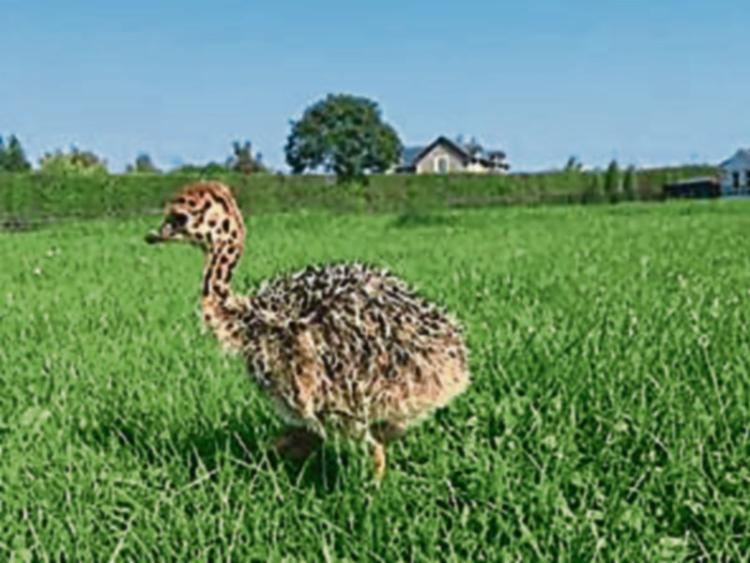 A baby ostrich hatched at Kildare Farm Foods has died.

Little Rosstrich was barely a week old and was called after 18 year Ross Boron who helped hatch him.

“We understood when taking on this challenge that it wasn’t going to be easy and that’s why there aren’t many eggs hatched,” said Kildare Farm Foods, the farm shop and pet farm located outside Kildare town, on their Facebook page where they announced the sad news.

“But our little guy was doing so well and so full of beans as you saw when you were following his progress, that we thought he would make it.”

The ostrich had not been open to the public yet as it was still early days for him. According to David Sexton, the owner, his parents Fluffy and Duster are on the farm but not many ostriches are born in Ireland due to the humidity of our climate.