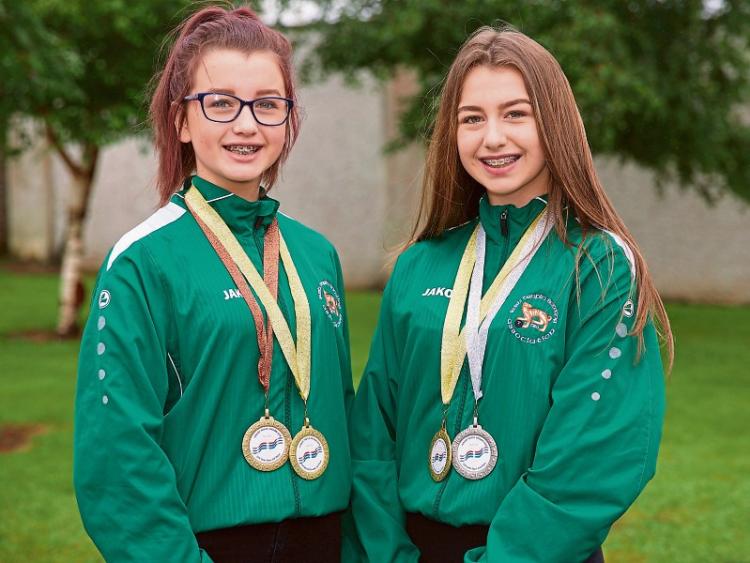 TWO Clane girls and a Celbridge teenager have brought back medals to Kildare from an international tenpin bowling event in the UK.

Niamh (16) and Aimée Whistler (13) won gold and silver medals with the U16 Irish Junior Triple Crown team against English, Welsh and Scottish teams in Norwich the weekend before last.

The Scoil Mhuire students, daughters of Tony and Pauline Whistler, won gold in the doubles and the mixed doubles events and silver and bronze medals in other events.

Niamh partnered Chloe Colton from Tallaght in the Doubles and Aimée with Celbridge's Sean O’Connor in Mixed Doubles.

The sisters started bowling about nine years ago and train up to four times a week.

To qualify for the Ireland team, they had to attain a top six ranking place.

This was Niamh’s third time representing Ireland and Aimée’s debut.

Niamh also won silver in the team event. Aimée collected a bronze in the Trios.

Asked what it was like listening to the National Anthem, Niamh, said: “I felt on top of the world and it was a feeling that I’d never felt before.”

Aimée said: “It was an amazing and almost overwhelming feeling."

Their father, Tony, said they kept their cool under heavy pressure and did their country proud.

He said Niamh and Aimee’s club is based in the SuperDome centre in Palmerstown, Dublin which has supported their bowling career.