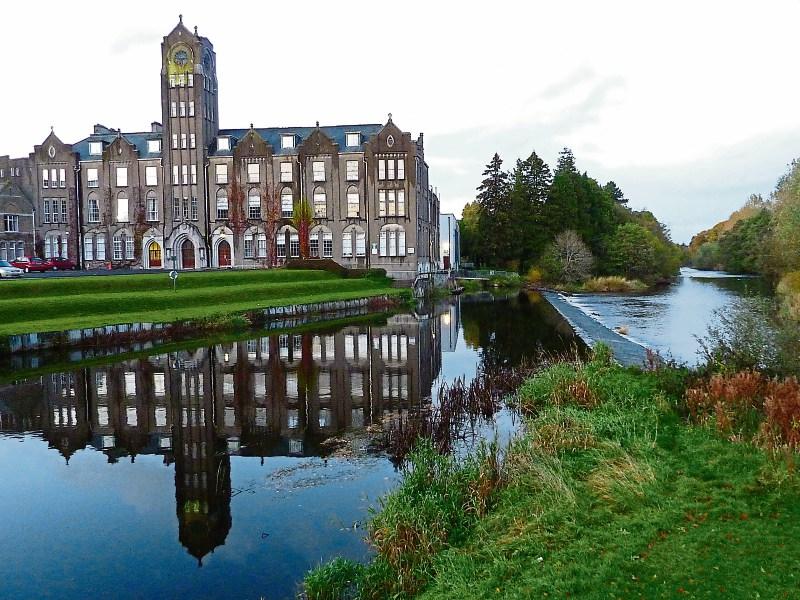 Newbridge College: it's cheaper to send your kids here than to a creche

Where to send your kids to school? This is an important decision for parents, especially in places such as Naas and Newbridge where there is a choice at both primary and secondary level. I sometimes half envy parents in towns like Kilcullen or Rathangan — they have far less scope to get it wrong.

There’s a heap of primary schools in Naas, for example, and an array of options at second level too: the CBS, St Mary’s, Pipers Hill, the Gael Cholaiste, Naas Community College ... Then some families will have the money or make big sacrifices to send their kids to private schools such as Newbridge College or even Clongowes.

But if you asked most parents if they’re considering this they’d look at you like you’re half mad, their expression saying “you know where I work, how could I possibly pay for private schools?”

And they’d be right. For most, private education is not a realistic option.

But here’s the thing (and I had to get up and take a walk before writing the next sentence to keep the blood pressure in check) we’re being asked to pay fees approximate to private school rates to put our kids in creche while we go to work.

This is a baffling and grossly unfair situation. People who think they can’t afford to pay in the region of €4,000 fees for a school year have to come up with that kind of money (and more) for childcare.

If you turn on the radio you won’t have to wait long to hear somebody, often a politician, talk about “childcare” and “hard-pressed” or “hard-working” families. As far as I can make out, it’s all just noise, because nothing of any great substance  ever gets done to ease the expense.

For example, I have two kids in creche. It costs around €50 a day, per child, with as small reduction for the second.

They’re in there two days a week, we are lucky that the grandparents look after them for one day.

The monthly bills clocks in at around €760. €760! You could rent a house for that in some counties.

Over the course of a year, the total is not far off €9,000. Just looking at Newbridge College’s website, their fees for the 2015/16 academic year were €3,950, with a 6 per cent discount for the second child. So it would be cheaper to have two kids go to Newbridge College than in creche for two days a week.

The famous boarding school’s motto is “curra personalis” or “caring for the individual”. Maybe they could consider a 2016 alternative. Clongowes: so good it’s more expensive than a creche.

I’ve often wondered how we come up with this €760 a month.

The truth is, like most people in our situation, we don’t spend that much and muddle through.

Nothing against our kids’ creche by the way. It’s a decent place and is not more expensive than any of the others from what I can see. And I’m not suggesting they are profiteering, I can imagine that their staff and overhead costs are considerable.

But all of the burden of these costs should not fall on parents. We work all week, pay a lot of tax and then have a huge childcare bill.

Ah, but what about the free preschool scheme, you might say.

Yes, that’s three hours a day, five days a week. Having three hours free in the day makes a difference, but you are still handing over far more than you can really afford. Because what happens when 12 noon arrives and the three free hours are up? Do you clock out of work and collect your child and go home for the afternoon? Probably not. Therefore you’ll have to pay for their care until that evening.

Which is what working people do, even if it is an unfair and excessive cost for families to meet.

As hard-working, hard-pressed (and every other cliche) taxpayers, we deserve far more of a break on this.

Or as we who are accustomed to paying near Jesuit-education-level fees might put it: curra parentes.