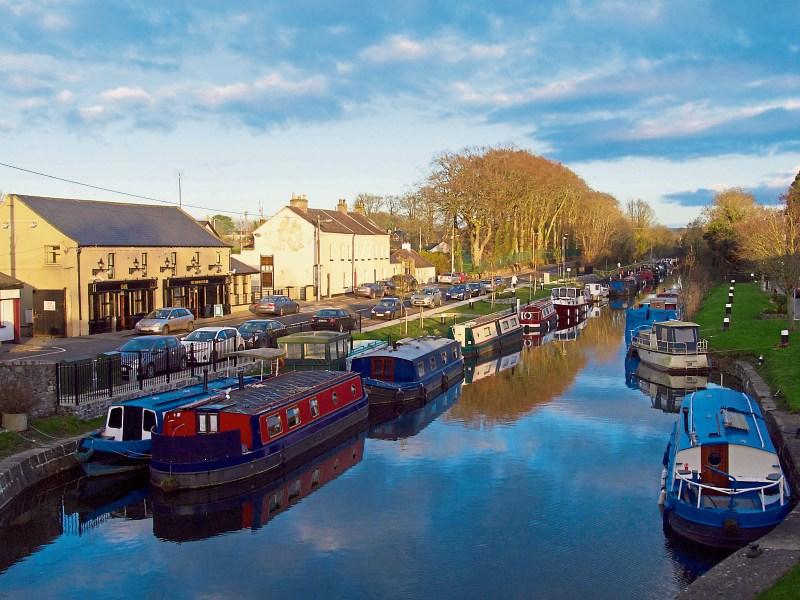 Sallins is "over-zoned" according to Minister Coveney

Community representatives in Sallins will continue the campaign for better amenities for the town following the setback delivered by Minister for Housing Simon Coveney, who refused a land rezoning proposal.

The 70 acres of land at Clane Road is owned by the McCarthy family, who operate a meat processing facility. They sought to have 30 acres zoned for residential use. This could have led to 365 hoses.

In return some 40 acres of land would be made available for community use, to provide sports and recreational facilities; with Sallins GAA Club being the main beneficiary because it would get 25 acres for a new facility. It was also hoped that three acres would be set aside for educational use; probably as the site for a new primary school.

Mr Coveney’s decision — though not entirely unexpected — effectively puts paid to an imaginative proposal to address the dearth of recreation facilities in the town.

Last month residents, encouraged by the Sallins Community Council, made submissions supporting the rezoning amid criticism of Kildare County Council for failing to provide sufficient resources for the community.

The plan ran into initial opposition from Council officials who argued that the housing building element of the plan would go against accepted planning practice.

What this meant effectively is that the new housing would not be “sequential” to the development already carried out in Sallins.

The submissions by the residents followed a decision by the Department of the Environment to overturn a decision made by the Naas Municipal District councillors.

In March eight councillors voted unanimously to rezone the land.

Cllr Darren Scully said at the time the decision “will give the people of Sallins the right to amenities and a school.”

At the same time Cllr Rob Power said the argument that housing development would not be sequential and represented “leapfrogging” would not hold up the long term.

He said the construction of the by-pass would alter development and would make the site very accessible for residents.

Mr Coveney said the plan to rezone for housing is inconsistent with Government policy and planning guidelines and is not in line with the County Development Plan for Co Kildare.

He said based on the information presented the residential need for the zoning of the lands “is not demonstrated and quantified.”

He said there is a need to ensure that additional housing is properly planned for.

In a letter to KCC chief executive Peter Carey he said he has a responsibility to ensure that “the excessive zoning that occurred in the past in some parts of the country is not repeated.”

He also expressed concern about the lack of community and recreation facilities in Sallins relative to the needs of the town (which was) “borne out by the significant number of submissions.”

He said KCC should respond to comprehensively to the need and added his Department would assist in securing suitable open space and amenities for Sallins.

But SCC chairman Fergus Carpenter said people are disillusioned and angry and said there is “dark irony” in the fact that Mr Coveney says there has been excessive housebuilding in Sallins “when we have been saying this for years.”

He said the people of Sallins will settle for nothing less than ”significant lands for community use.”

He added: “This smacks of a Minister not bothering to pay attention to the detail of what he is doing with the future of our town. No justification whatsoever is given for this decision. We live here and we base our views on the evidence of the last 15 years.”