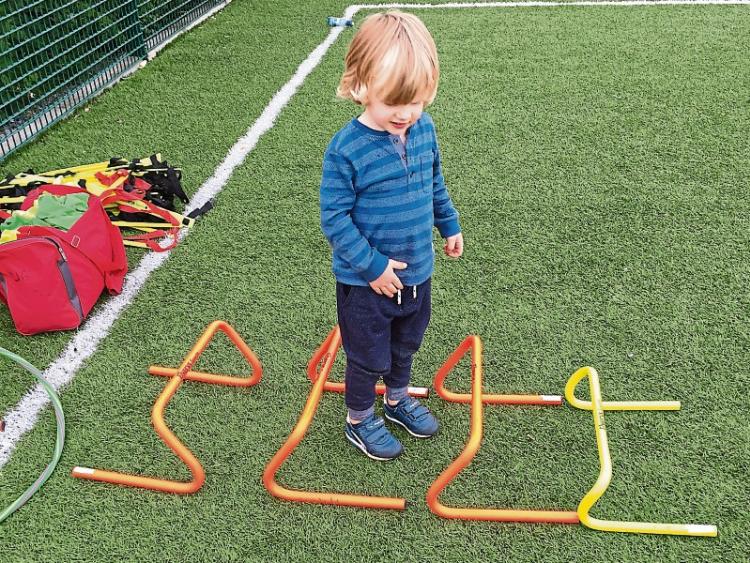 My little angel, in a quieter moment

To the woman in Dunnes Stores carpark in Newbridge who stopped and empathised, thank you so much. It meant a lot because at that moment I felt like I was the only mother in the world dealing with a psychotic three-year-old ...

So, a couple of Fridays ago Aidan had not one, but two, ballistically, crazy tantrums. The worst he has ever had and I’m still not the better of it.

It was my day off and a totally normal morning. We were heading to see Nanny and Gaga Chambers in Galway after lunch but supplies were low, so I decided to take Aidan and Sarah to Tesco to pick up a few bits for lunch.

Normally, if I go early in the morning, they are in good form and there’s no mishaps. Except for this time.

We drove to Tesco, nabbed ourselves a parent and child space, and we all held hands going in.

Then Aidan got sidetracked by the magazines just to the right of the entrance, and off he went for a gander. A minute later he announced he wanted an expensive gardening magazine and I duly refused.

Instead of trying to reason with him I just told him we were going home but that pushed him over the edge altogether.

As I tried to pick him up he screamed louder and punched and kicked me. There was an auld fella waiting in line at the customer service desk who nearly gave himself whiplash turning round to look at the racket.

He then proceeded to stare disapprovingly with his mouth wide open.

I felt like letting Aidan take his frustrations out on the auld fella!

I finally managed to get him into my arms to only notice that Sarah got bored and wandered out the front door so I had to leg it after her, while carrying my demented son.

The struggle to get him into his car seat was one of epic proportions and the woman parked beside me had a good old look in too.

Might I add, she didn’t appear to have any kids with her despite being parked in a parent and child space, but that’s a topic for another day!

By the time I got them both in, Aidan was begging to go back to Tesco but I’m just as stubborn as he is.

The little tearaway then opened his car seat and announced he was getting out and going back to Tesco himself. So I had to pull in and have another car seat struggle with him.

I was started to really sweat at this stage.

After that I headed for McLoughlin’s to fill up with diesel for the journey to Galway, and only then did it dawn on me I still had nothing for lunch and really needed to go to the shop.

I was too mortified to go back to Tesco so I headed for Dunnes.

On the short journey from McLoughlin’s to Dunnes, I forewarned Aidan to behave and insisted he held my hand at all times.

Out we got and, no joke, we didn’t even get to take three steps and he refused to hold my hand.

Fed up and having had enough so I decided to forget about the shopping and just take them home, except Aidan did not like this idea and meltdown number two was upon us.

Except this time it was worse. He was hysterical.

I couldn’t get him into the car. He attempted to bite me anytime I tried to get him in.

Sarah was getting mad at this stage and she took to crying so I just joined the pair of them. I broke down and the tears rolled down my face.

We were literally having a standoff in the car park. I was trying not to shout and Aidan was roaring at the top of his lungs.

Then came that lovely woman. She physically couldn’t help me, but she told me she left her children at home. She always does because she can’t bring them anywhere. They are a nightmare, apparently.

At that very moment I didn’t believe any child was as bad as Aidan, but her kind words were so calming.

Our stand off didn’t end there but thankfully a fellow parent, a dad, took pity on me and asked me did I need a hand getting him into the car seat. I jumped at the offer.

I was livid, and as I drove past the Garda station on the way home I genuinely wondered could I drop him in; just to get a break; just to teach him a lesson.

Then from the back of the car I hear a request for crisps!

Crisps if you don’t mind.

He acts like a freak show and then wants crisps!

Out of spite I stopped at my local shop, Roseberry Stores, and bought Sarah a packet of crisps.

Just Sarah and I gave them to her on front of Aidan.

I probably shouldn’t have done that but, feck it, he deserved it.

So from here on in I’m going to do like that woman in the car park; I’m never bringing them to a supermarket again on my own.