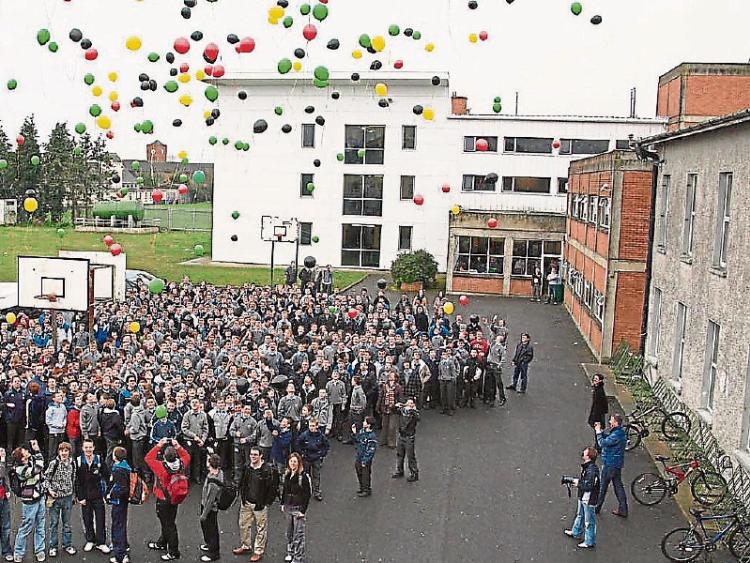 Naas CBS, where the students' attention to detail was forensic

I was invited to guest lecture at the journalism faculty in Dublin’s Griffith College.

It was my first toe-dip into the world of academia and the idea of it scared the shit out of me.

I don’t underestimate students. I never did buy into that lazy-disinterested theory. Because in Naas CBS our attention to detail was at Champions League level.

We didn’t know it at the time but appreciation of things like tone, delivery and mannerism was staggering. Any teaching blip was logged. Any embarrassing mis-step, not to be forgotten. Not a nervous tick. Not a misplaced scratch. Not a fixing of the arse of your underwear.

The principle when I started was Brother Wright. He was an absolute ringer for Penfold from the cartoon series Danger Mouse. I mean it was uncanny.

When some clever student chalked the words 'Penfold Speaks' onto classroom intercoms it was billed as genius.

And the French teacher Jo Walsh who cut such a continental figure around the place that it was like having our own version of Rene from the sitcom Allo Allo.

Then there was my old Geography teacher Carl Power who could jump from Geographical musings on the Mezzogiorno into stories about surfing Tsunamis in the break of a wave.

Somehow, incredibly, we soaked up all their different teaching styles and traits while taking in PE classes outside the window with the same forensic attention.

How else is it that I remember with great clarity Bob Halford’s brilliant and withering put downs; or Philip O’Callaghan’s theatrical outrage at our inability to line-out a technical drawing sheet; or the brusque style of Ben Travers barreling through the corridor between class like he was lining you for shoulder that might leave you in Portarlington.

It wasn’t just the teaching style, it was the look.

Sure we had uniforms but in a strange way so did they.

The ones who slummed it out in sweaters were just as loyal to that look.

I don’t ever remember a CBS teacher ballsing it out and swapping their uniform of sweater and slacks for a suit, or vice versa.

The switch would have been graffitied all over the jacks.

And they carried props! I mean teachers with brief cases?

C’mon! It wasn’t Wall Street but somehow our one-time year head Aine Brady could dress like it was and get away with it.

And it’s no grand declaration now to say we all fancied her.

Well, I did anyway.

There was Mr Byrne – or was he a Brother? No matter, he was all crisp white shirt and skinny dark tie on it’s first trip around the fashion circuit. While Noel Merrick always had this hurried smiling style with a draw as quick as Billy the Kid when it came to remembering names.

And the late great Sam Dunning, starting class with a read of the paper, then delivering great insight into Patrick Kavanagh poems with signature sayings like RE-MARK-ABLE!

At times it was remarkable.

Jesus, If only I’d applied the same attention to what was in the text books, I’d probably be making a shed load of money right now not trying to cut it as a hack in London.

We haven’t even gone into the catalogue of nicknames properly yet but it just wouldn’t pay enough for this column to stray into explaining more sensitive monikers like Psycho.

Funny the things that run through your mind as you face down a room full of students knowing you’re in for the same treatment. Knowing that being a guest, and them being beyond voting age, they're outside outrageous punishments like threats to write out the Hobbit.

Honestly, that happened too once.

Mercifully, it was downgraded to the first chapter.