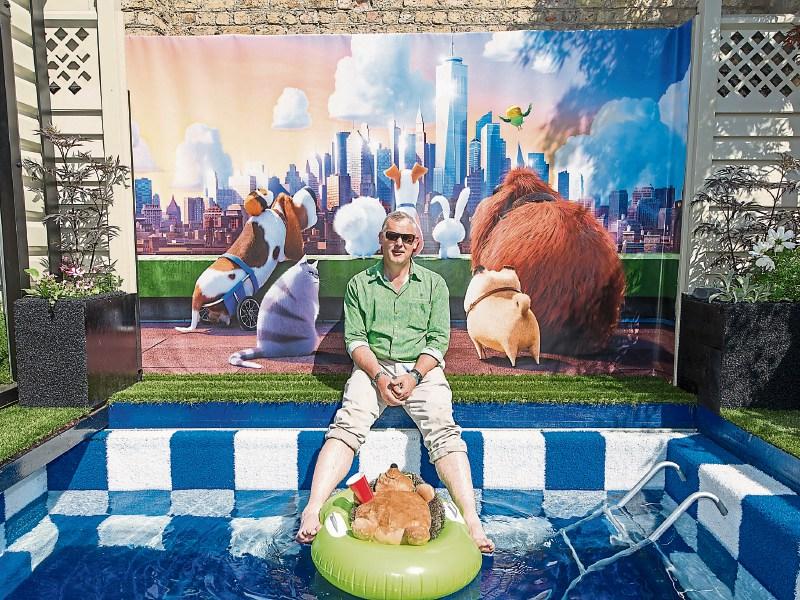 A Naas business is set to expand with the opening of a visitors centre and showrooms.

Sanctuary Synthetics was established by Mark O'Loughlin, who ran a garden design and creation business before launching a synthetic grass project.

He also featured on the RTE television programme Dragons' Den when he sought and won investment for another business, Hidbin, which hides wheelie bins behind a mock-shrub creation.

The 47-year-old is the son of Eddie and the late Gemma and lives in Craddockstown, though he's a native of Kill.

Mark was on the Naas team that won the Provincial Towns Cup in 1996.

As a rugby player he also represented Ireland, Leinster and the Irish colleges at under 21 level.

Before setting up a landscaping business, Mark worked in the USA, Germany and Australia in the creation of outdoor living spaces by coming up with the idea of importing log cabins.

The product he uses provides an all year round garden that doesn't produce mud and doesn't have to be cuT. He has won awards for his Alice in Wonderland garden (silver), Wizard of Oz garden (silver gilt) and Secret Life of Pets garden (silver) at Bloom between 2011 and this year. All three will be on display at the visitors centre and showroom which will open in September at Rowley Terrace, off Newbridge Road.

It will also be a warehouse, yard and offices.