'A really bad idea for a good cause' 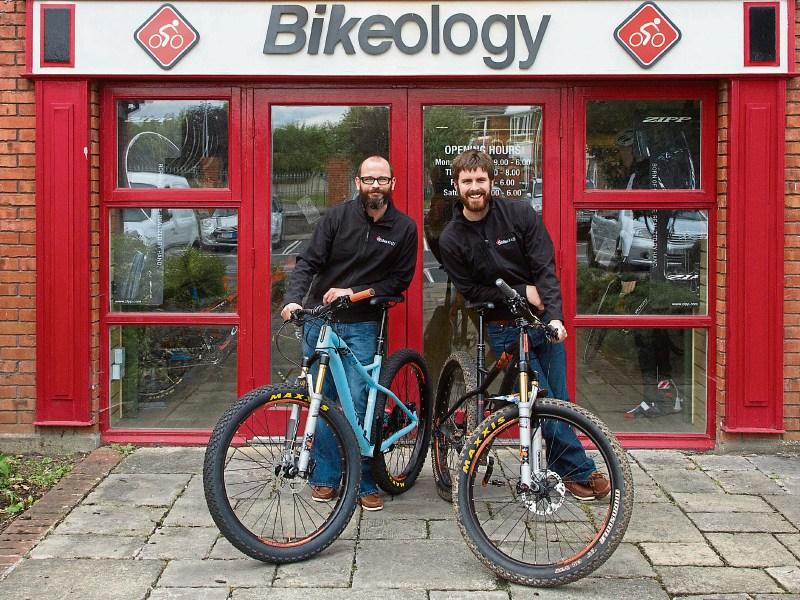 Nigel Glynn and Ross Pearson of Naas bike shop Bikeology had came up with what they thought was a great idea.

They proposed to complete the Leinster Loop cycle on August 14 — nothing unusual in that.

Most people who do the cycle will be on bikes weighing less than 9kgs and with narrow 25mm tires, the kind of bikes that allow you to complete the 130kms route at a reasonable pace of around 25kph.

However the two lads decided to try it on Orbea Loki bikes with ‘fat’ tires which are three inches, or 762 mms wide - and a cruising speed of a little more than 15kph.

Suffice to say these bikes are not designed for the purpose - they are more at home on mucky trails high in the Wicklow mountains.

As Ross admitted: “We’re known for coming up with some great ideas.

“Sadly this is not one of them.”

It’s all, of course, in the name of charity, in particular the Irish Hospice Foundation and the pair are hoping to raise €5,000 for the great cause.

“So keep on eye on the shop’s Facebook page for updates on how our training is going and of course how we get on on the big day itself,” Ross said.