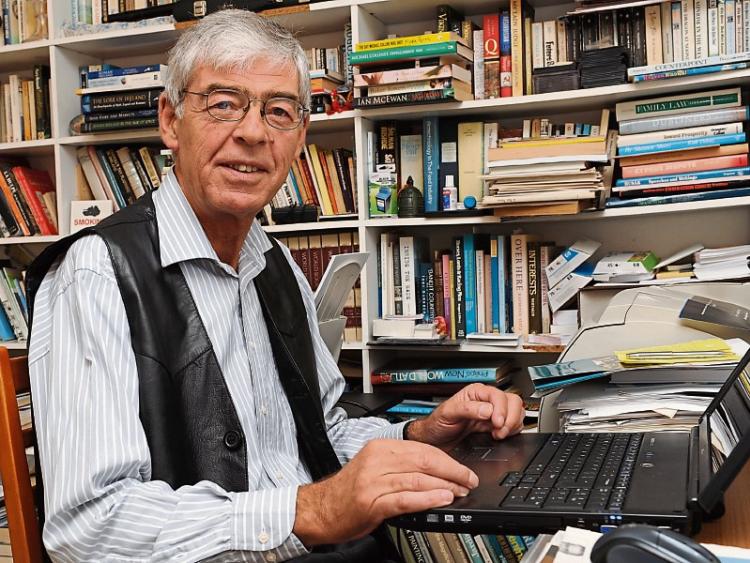 Alan Dukes, Kildare TD at the time, sought answers on behalf of the people of Naas

You’d forget about the crisis in Naas 25 years ago, when raw sewage got into the water supply and made half the town ill.

It was so bad back in 1991 that Sky News dispatched a van to Kildare with a satellite transmitter stuck to the roof. It was parked at the top of the road in Lakelands outside Teresa Scanlon’s house. Reporters interviewed the then local councillor while she stood on her doorstep.

In the CBS, Brother Wright came on the intercom telling students NOT to drink the tap water. Not under any circumstances, he warned.

As soon as that particular broadcast finished there was a stampede for the toilet. You couldn’t get near the long metal urinal with so many students queuing to drink from the sink.

Within 20 minutes the corridor hummed with the smell of vomit. Soon it formed like sludge on the tiles.

So it wasn’t long before Brother Wright was back on the intercom again saying he was going to have to close the school and send everyone home. Even the really ill saw their spirits raised temporarily by this news.

More than 2,500 locals were affected.

Households brushed their teeth using boiled water and hardware stores did a run on those big storage drums.

No one drank bottled water back then, only fizzy Ballygowan for pioneers who strayed into the pub by accident.

Sure you'd have to be some kind of lunatic to pay for drinking water with a zillion litres of the stuff for free up in Pouliphouca Reservoir!

Doctor Keogh’s waiting room was out the door. Local pharmacies enjoyed something of a boom. Fruit juice sales skyrocketed in Superquinn.

But all this shouldn’t take from the seriousness of the crisis.

People ended up in hospital and it was determined that a sewer was located right next to a water supply pipe close to the Sunday’s Well housing estate.

Alan Dukes was a local TD then. From the opposition benches in the Dail he called for a public enquiry.

“On the national scene this matter may seem to be something of an anti-climax,” he said. “But for the people of Naas it is very much one of current and ongoing concern. Twenty six people were hospitalized. Symptoms continue to manifest themselves. The House will clearly see that this is a very worrying occurrence. We need a public enquiry...”

Ger Connolly, the Minister for State at the Department of the Environment said in his reply “ ... The Government have also pledged substantial ongoing support for new and improved water supply systems. The environment action programme indicated an expenditure programme of £300 million for this purpose during the nineties. This level of investment has been maintained to date.”

Looking back, and knowing what we now know about the state of the Irish water supply, it would be tough to argue that this
investment was sufficient.

The government of the time spoke about an emergency response. But the subtotal of this seemed to be the dispatch of a senior engineer to Naas.

The legacy of it all was that like many issues of national concern - this was just one more that came and went, now consigned to the history books.

This was no great political career builder. Alan Dukes didn’t become Taoiseach and, probably, it didn’t cost anyone their career either.

To complete the political exchange of the time Minister Connolly said: “I can assure the Deputy that when the final report is received we will take whatever action is needed in this important matter."

Alan Dukes: “Will the Minister publish the report?

Ger Connolly: “I cannot say, but I will take the necessary action.”

... Such was life in the eye of the 1991 water contamination crisis.

People just boiled water for a long long time after.

And no one drank from the CBS sinks ever again.