Movie blockbusters could be shot in Kildare 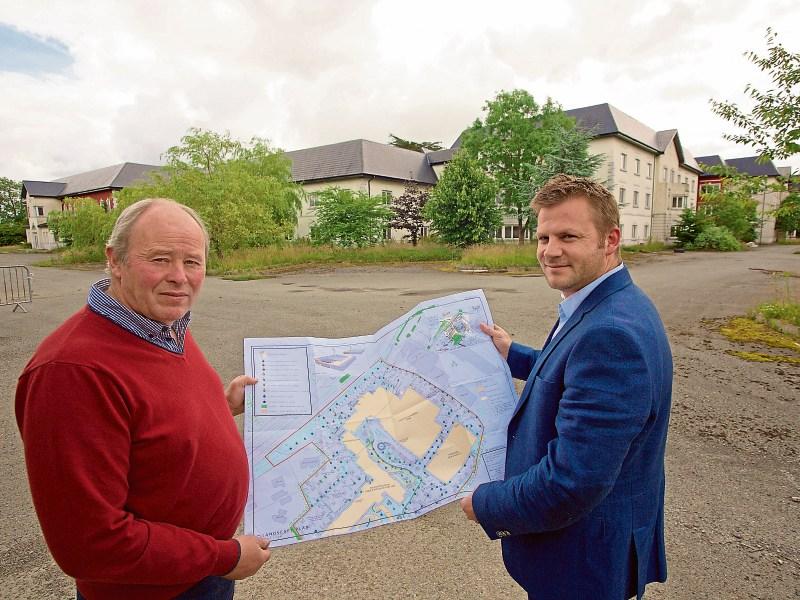 Epic shows such as Vikings and Games of Thrones could soon be made in Kildare, if a massive €15m film studio gets the go ahead for the derelict Red House.

The plans, which also include a 65-bedroom hotel, a 162-bed nursing home, and media school, were lodged recently, and have the potential to create up to 500 jobs according to the man behind the project.

A chance meeting with a friend, who put the project consultant in touch with a film producer, formulated the idea of using the conference centre as a film studio.

“We are really excited about this project. We met this film producer and he told us it was ideal for a film studio and we checked it out and did our research. Ardmore (film studio) has been taken over by the Viking series and there is no place to make films in Ireland,” said Eamonn O'Mahony of Blockstar Ltd.

Game of Thrones is being filmed up north and project engineer and architect, William Donoghue said that studio is booked up for two to three years.

“A new film studio is being built in Castletroy, Limerick but there is no other studio for filming in Ireland,” he said.

“We’ve had good interest in it from the film industry but none of them want to commit to using it unless we've got planning,” added Eamon.

He said the conference centre is perfect to house huge sets, which can be built on site.

“It’s so big you could turn two jumbo sets side by side in there,” he said.

He anticipates 150 jobs would be created for carpenters through making sets with up to 50 more people working at the studio.

The planning application totals over 3,000 pages.

The developers were previously refused permission for a nursing home, hotel and conference centre. They said they took the reasons on board and tried to address them by coming up with this new proposal.

Mr O’Mahony pointed out they also hired a retired HIQA employee to help them address the nursing home concerns.

Mr Donoghue said the nursing home can coexist with the film studio side by side, as it will be sound proofed and there will be no noise issues.

“It would create great interest for the nursing home residents,” he said.

He also explained the site is so big there is ample room for the nursing home, which has private gardens and green space for the residents. Mr O’Mahony said it’s a great location, halfway between Naas and Newbridge.

At present, Mr O’Mahony said he has to employ two security teams to police the derelict site, which has been plagued by vandalism and thefts.

Mr Donoghue said pre-planning meetings with the council had been positive.

“They were concerned about the conference centre so we went back and had a look at it to see what we could do,” said Mr Donoghue.

Both men pointed out the film industry could bring huge economic benefit to the area.

“This is a derelict building that is an eyesore and it needs to be tackled,” said William.

Submissions can be made on the file by members of the public.