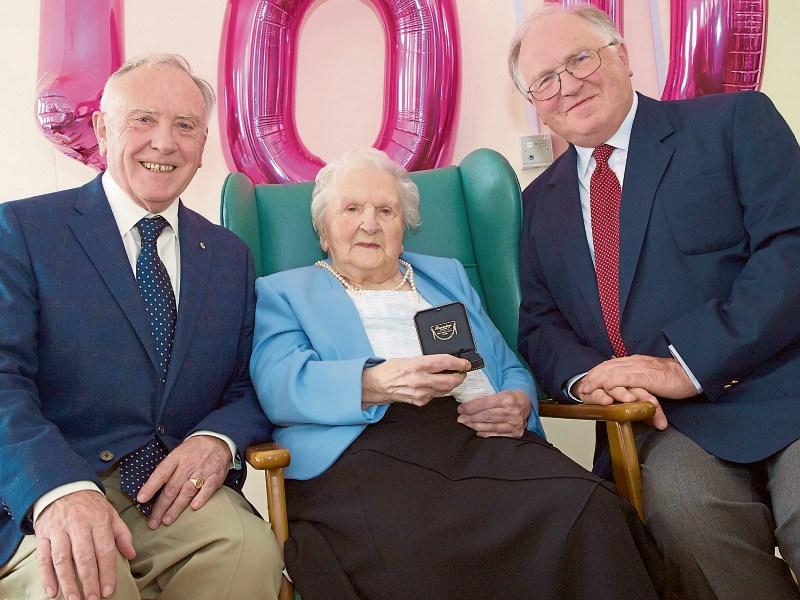 Bernadette Kehoe (nee Tyndall) celebrated her 100th birthday recently. She is pictured with her sons Dr John Kehoe and Aidan Kehoe at a special party for Bernadette with family and friends at Craddockstown Nursing Home, Naas.

Born at 3 Dublin Road, Naas, on July 7, 1916, the daughter of William Tyndall (Wicklow) and Elizabeth Brophy (Tullamore), she attended school in Naas and, later, Gorey.

Ms Kehoe qualified as a nurse at the Mater Hospital School of Nursing in July 1941 and trained as a midwife.

She married Dr Michael Kehoe ,who became a District Medical Officer in Mayo.

She had two sons John and Aidan, both of whom qualified as doctors. The family moved to Tullow when her husband was appointed DMO in Carlow. Aidan practiced in Tullow until recently and John has been a GP in Naas for 40 years and has been joined by his son John for the past 10 years.