In remembrance of the late Sean O'Mahoney 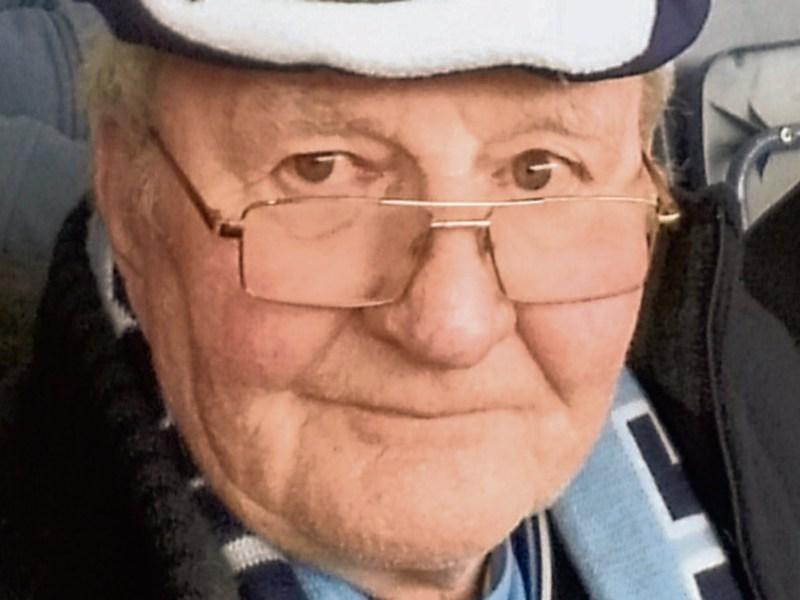 The late Sean O'Mahoney, who moved to Naas in 1969

Sean was originally from Drimnagh and was a member of Good Counsel club, a club he remained faithful for the rest of his days, despite the fact that in 1969, he and his wife, Madeline, moved to Naas.

The couple lived in Kingsfurze since then, with Sean working as truck driver all his life, including for many years in O’Kane Foods.

His son PJ told the Leinster Leader that his father played hurling for Naas and won a championship in 1972.

“He played football alright, but he was more of a hurling man.”

Sean was a previous vice-chairman of Naas, but notwithstanding that, he remained true to the Dubs all his life, absorbing all sorts of (good-natured) banter from Naas locals for many years as a result.

“But he always made sure that I was a true Lillywhite. He never tried to convert me,” PJ explained.

“Naas GAA Club gave him a great send off on Saturday, with a guard of honour.

"All the GAA old stock were there,” an appreciative and moved PJ said.

Sean O'Mahoney was 75 at the time of his death. He was buried after funeral Mass last Saturday, June 9.

His last visit to Croke Park was for the final of the National League on April 24 last when Dublin defeated Kerry with a scoreline of 2-18 to 0-13, a result he was presumbably very pleased about.

PJ, who is Sean and Madeline’s only child, wrote a poem for his Dad, and we’re delighted to be able to reprint it here:

Croke Park was like a second home to you!

You had your place on Hill 16!

All of the years

Then Naas Gaa becoming your club!

With Declan, Morgan and Jackie Bracken,

The old club we had some crack in

Madeline playing the accordion all night

Yee singing and dancing not giving a shite!

Yee adopted me at 8 days old

Was like me landing in a pot of gold

My hero, father and best friend too,

So many days we watched the blues!

To neck a pint!

With your box of players,

We knew a ‘Guinness’ had to be in the mix!

Eight months ago you became the happiest man in town,

Sadie’s arrival you said was “your jewel in the crown!”

Especially around Kerrie my wee girl from Tyrone!

Her and Rita looked after you every chance they had!

I’ll await the day to come around!

When I’ll meet you with that Dublin smile!