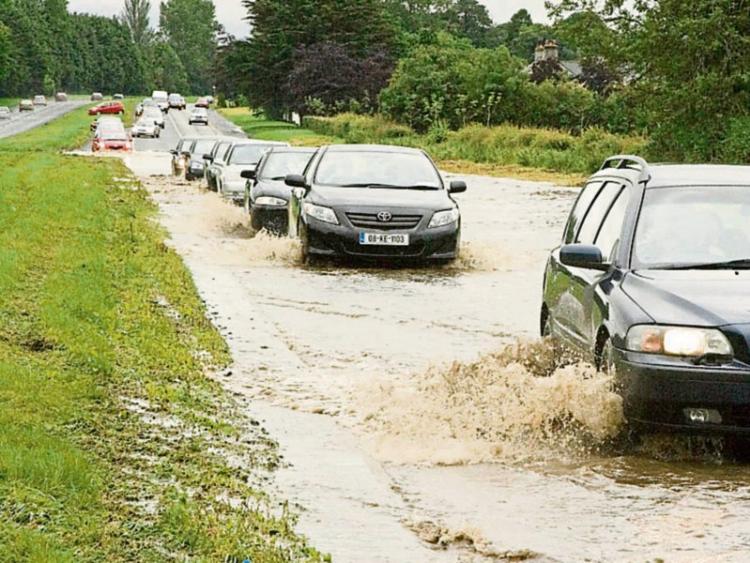 Works are being planned to combat possible future flooding at Old Connell Weir and Kilbelin.

The Office of Public (OPW) works held a public consultation day at Newbridge library on February 16 to inform people of the options open to the OPW.

She pointed out that one of the options is to put an embankment, or wall at Old Connell Weir. She said the other option was to dredge the river and widen it. Ms O’Brien said she believed the option of the wall or embankment, which would protect the area up to 100 years, would be the preferred option.

She said the proposals involved increasing and replacing trash screens at Kilbelin and putting in a one high metre wall. An alternative proposal is to increase the size of the culverts and dredge it, or increase the channel.

She said it was up to members of the public and councillors to make their views known on the proposals. She said the OPW report would be finalised on June 24 followed by a three month consultation process. She said it would then have to be approved by the council so they could access funding. She did say some environmental works could be carried out in advance.

Cllr Mark Lynch (SF) asked if she could do anything when property owners filled in ditches which had a knock on effect on flooding. She said they had a drain cleaning team they shared with Offaly County Council and although they had constraints in dealing with ditches, they did carry out work throughout the county. She said if somebody fills in a ditch without permission, that is unauthorised development. When asked about funding by Cllr Suzanne Doyle (FF), she said €100 million had been earmarked for the project nationwide.

“They want to look at projects in their entirely, not to fix one spot and push the problem further down the river,” she said. Cllr Fiona McLoughlin Healy (FG) asked how they should make their views known.

Ms O’Brien said a request had been made to appoint a consultant for flooding works at the Oaks and the Elms.