International success for Jamie and Mick of Newbridge Golf Club 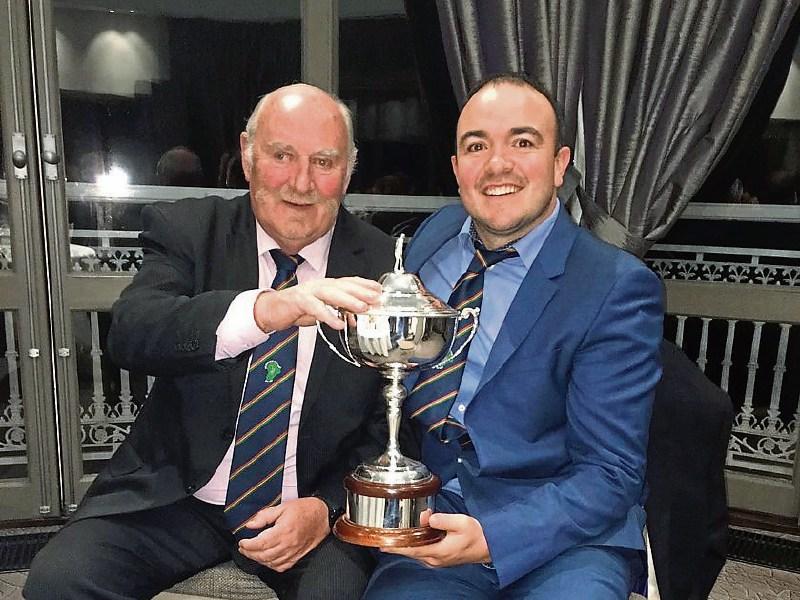 Jamie Stafford (Head Greenkeeper) and Mick Seery (course Liaison Officer) at Newbridge Golf Club scored a brilliant win in the final of the inaugural Tacit Golf International Tournament for Course Managers and Club Officials throughout Ireland and the UK recently.

The Irish Regional qualifier was played in Headfort Golf Club, which was won by Newbridge pair, with Kilkenny finishing runners-up. Both Clubs went on to represent Ireland in the Grand Final at the Belfry.

The UK qualifiers were divided into six regions, with teams representing England, Scotland and Wales in the decider

The final, 20 teams, was played at the famous Brabazon Course at the Belfry, which has hosted four Ryder Cups, as well as many European Tour Events.

In an exciting and absorbing final, Newbridge with a great score of 42 points were the winners, with Grange Park of England and St Michael's of Scotland just a single point behind.

A great win for the club was how Jamie Stafford described and a brilliant tournament. Pars on 17 and 18 clinched the title as we had just one point to spare over the second placed team.”

To win the Irish Qualifier and then to be crowned overall winners is a phenomenal achievement, considering that in excess of 250 Golf Clubs participated in this event.

Jamie and Mick had high praise for Giles McDonagh of Tacit Golf, for organising a brilliant Tournament and for their very generous sponsorship.

Tacit Golf are one of the largest suppliers of Golf Equipment and accessories to the golf industry globally.