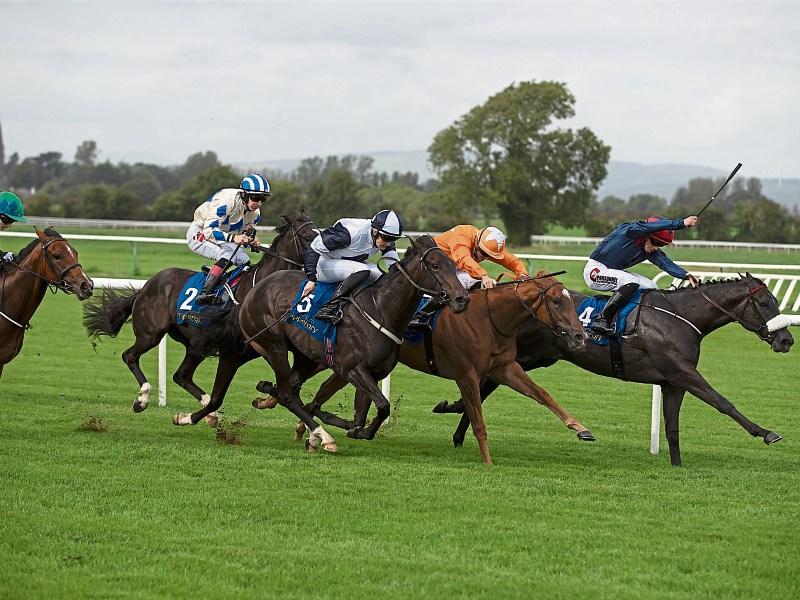 AS we’re now into the month of September, the Flat season has reached its peak and now we’re on a slightly downward spiral. However, there’s loads still to come and because of the putting together of Irish Champions weekend five years ago, we have two spectacular days of racing on these shores to look forward to.

But even before the fabulous Flat festival was created, the Irish Champion Stakes was arguably Ireland’s best Flat race of the year. That’s ahead of the Irish Derby and every other Classic in this country.

It was the one race that year-in, year-out the best horses from all over Europe travelled over to compete in. So despite the QIPCO Irish Champion Stakes being just one of six Group 1 races over the two days of Ireland’s biggest Flat festival, it’s undoubtedly still the flagship event over Irish Champions Weekend.

Just look at its roll of honour. There are so many renewals too which stand out clearly in the memory. I was at the winning post in 1992 when Dr Devious and St Jovite flashed passed the line together.

The majority of those in attendance that day thought that Jim Bolger’s Irish Derby hero had won. I had witnessed close up that Dr Devious had his head down where it mattered and that’s how it panned out.

The day Fantastic Light beat Galileo was a thriller. Give The Slip, the Godolphin pacemaker, did just that in setting up the race for his stable companion. That was the first time Galileo ever tasted defeat.

The day High Chaparral beat Falbrav, Islington and Alamshar was arguably the greatest finish that the race ever produced while when Sea The Stars beat the Ballydoyle battalion, that was very special.

Even in 2004 when Azamour came from near last to first to win, that was something worth seeing. On all five of those memorable occasions, I can still remember where I watched them. That’s why they’re so special.

Given that Ballydoyle have had a leading fancy every year, it’s quite astonishing to think that they haven’t won the race since 2011. That just shows the level of quality the race has been getting from overseas.

The last seven renewals have all been won by the raiding party so it’s high time Ballydoyle put the record straight. In Japan, they have a great chance of doing so this time around.

Now a two-time Group 1 winner following his Juddmonte International triumph, Japan has proved that he’s now one of the best horses in training. While his optimum trip looks to be 1m4f, an abundance in stamina has always been needed to win this race and he’s got that as well as a high cruising speed. He’ll be exceptionally hard to beat.

The five-year-old mare made her around-the-world trip worthwhile by winning the Nassau Stakes at Glorious Goodwood after not handling the soft ground in the Prince Of Wales’ Stakes.

On her most recent run, maybe instead of her home form where she’s only triumphed at Group 1 level once, she has a big chance of taking the prize back to the Far East.

That would be some result for the race.

What else might be lining up in the big race on Saturday week? Magical may also represent the Coolmore gang but it’s hard to fancy her on current form, especially if Crystal Ocean takes his chance.

Sir Michael Stoute’s stable star would most definitely be a big plus for the race and it would give him the chance to cast revenge on Japan. But can he overturn the form from York?

Then we have Madhmoon, who’s got three wins to his name around Leopardstown. He also pipped Japan for the runner-up spot in the Epsom Derby and the conditions of this race look ideal for him.

It has the makings of another mighty renewal. The QIPCO Irish Champion Stakes scenario has become a bit like the top Irish horses going over to the Cheltenham festival in recent times.

They’ve been winning the main prizes against the home team. That’s what the travelling party have been doing in the Irish Champion Stakes too. And you know what, it’s probably what has made the race it is today.