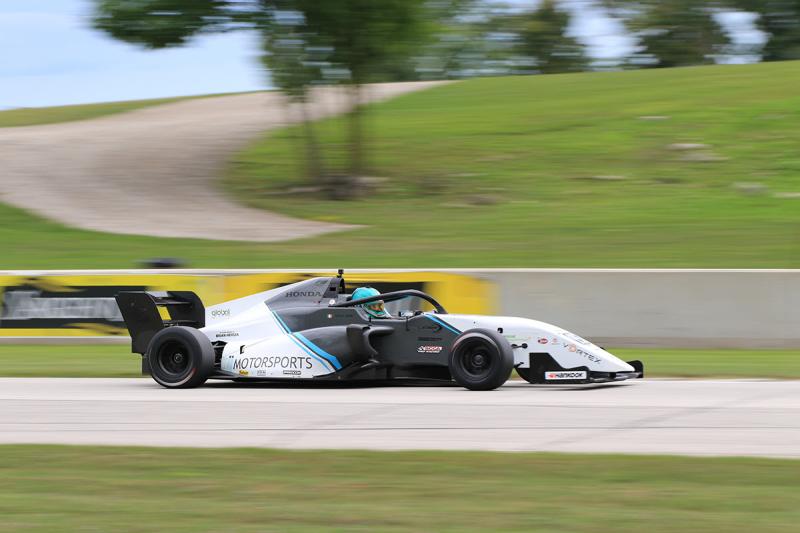 Naas man James Roe in action over the weekend

Mr Roe races for Global Racing Group in the US in the F3 Americas Powered by Honda Team Championship.

"It was a great weekend in Wisconsin," explained Roe. "After two solid practice sessions that saw me in the top four and five, I finished second on track in race one, but was elevated to first due to a penalty incurred by the winner."

His win was in the first of two races over the weekend.

Looking for a repeat victory in race two, Roe started from the outside of row two based on race one's lap times. Just like the previous day, Roe advanced one position forward off the line, but early into the race the car became unstable.

Due to the instability, Roe brought his Global Racing Group car to the pits for evaluation where the issue of camber shim bolts was rectified, but not before the young gun was one lap behind the leader.

Returning to the track, Roe was able to secure the sixth position and moved to fourth in the overall championship point standings.

He thanked his team Global Racing Group, Liger and Honda “for all their hard work and my sponsors CJJ Motorsport, Topcon, Vortex companies, and Bennett law offices for their support. This win is for all of them!"