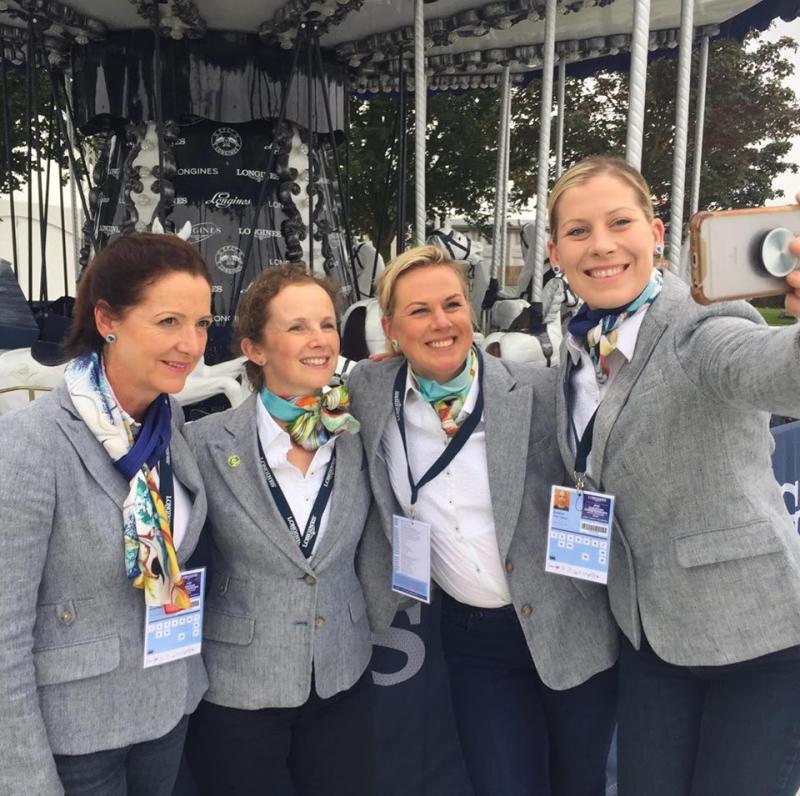 For the first time the history of the Olympic Games, Ireland will have a Dressage team at Tokyo 2020 after the 'Girls In Green' secured Olympic qualification today after a stunning performance at the Longines FEI European Championships which are taking place at Rotterdam in the Netherlands.

The Irish team of Anna Merveldt, Judy Reynolds, Heike Holstein and Kate Dwyer, finished on a final score of 213.540, to finish second of the eight teams who had been chasing one of the three tickets to Tokyo that were on offer at the final Olympic qualifier for European teams.

Ireland were just outside the Olympic qualifying places when Kildare's Judy Reynolds entered the arena as last to go with her horse Vancouver K. Under huge pressure, Reynolds delivered a stunning performance to set a new Irish record of 76.351 which guaranteed Ireland a team place at the Olympic Games for the first time ever.