Galaxy of stars bound for St Conleth's Park next Tuesday 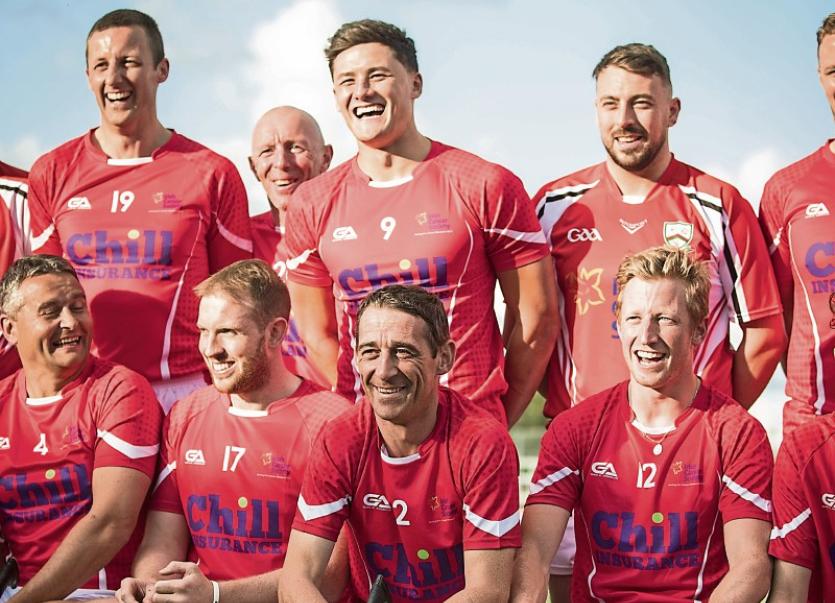 A galaxy of sports stars are set to line-out for Irish Cancer Society fundraiser on August 13 at St Conleth’s Park, Newbridge.

Having won historic back-to-back victories in the Aintree Grand National with Tiger Roll, champion jockey Davy Russell is hoping to continue his winning roll on the pitch this August as his team seeks to retain its Hurling for Cancer Research title.

The annual Irish Cancer Society fundraiser takes place for the eighth time on Tuesday, August 13. A galaxy of sports stars including Ireland’s top jockeys, GAA and football heroes will line-out in St Conleth’s Park, Newbridge, Kildare, for a must-see battle between Davy Russell’s Best and Jim Bolger’s Stars. Throw-in is at 6pm.

Taking part in the unique clash of the ash are a slew of well-known hurlers including Lee Chin, Ollie Canning, and Cian Boland, former soccer players Niall Quinn and Stephen Hunt, Waterford All Star Ursula Jacob and GAA pundits John Mullane and Michael Duignan. Throwing in the match will be legendary jockeys Pat Smullen and AP McCoy. Jim Bolger’s side will be managed by Liam Griffin, while Brian Cody will be in charge of Russell’s side.

Last year almost 6,000 people flocked to Newbridge for the event, where fans get the chance to meet their sporting idols for photos and autographs.

There will also be entertainment on the night from the Garda Band, tenor Anthony Kearns and multi-instrumental musician and accordionist extraordinaire Liam O’Connor.

Organised by legendary racehorse trainer Jim Bolger, Hurling for Cancer Research has raised a massive €830,000 for the Society’s vital cancer research projects since it began in 2012.

When Davy Russell won his second Aintree Grand National with Tiger Roll earlier this year, he dedicated his win to former Cork footballer Kieran O’Connor, who is being treated for Ewing sarcoma, a rare form of cancer.

Thanks in no small part to Hurling for Cancer Research funds, the Irish Cancer Society is currently investing in vital research that aims to better understand what causes Ewing sarcoma, in the hope that this will lead to new, more effective treatments for the disease.

Jim Bolger said: “Over the years Hurling for Cancer Research has grown and grown. Last year we were delighted to have the winners of 80 All-Ireland medals and over 60 All-Stars on the teams. It's become a marvellous game of competitive hurling and a thrill to watch so many famous faces on the pitch. Davy Russell is quite a good hurler and probably would have worn the red jersey if he didn't become a jockey!”

Jim Bolger’s Stars have come out on top three times, while Davy Russell’s Best have tasted victory twice, with the other two years ending in draws.

Davy Russell added: “What makes the match for the players is the crowd that turns up to support Hurling for Cancer Research. It's brilliant to raise so much money for such an important charity. I love to see all the stars from different sports coming together – hurling and racing are so interconnected and everyone is so generous with their time. It's a great night for everyone.”

Gates open at 4:30pm with pre-match entertainment before throw-in at 6pm. Tickets costing €10 for adults and €15 for families are currently on sale atwww.cancer.ie/catalog/tickets or 1850 60 60 60. Tickets will also be on sale at the gate on the night.

There is free car parking at Whitewater Shopping Centre on production of your Hurling for Cancer Research ticket. There is additional parking in Newbridge College grounds.