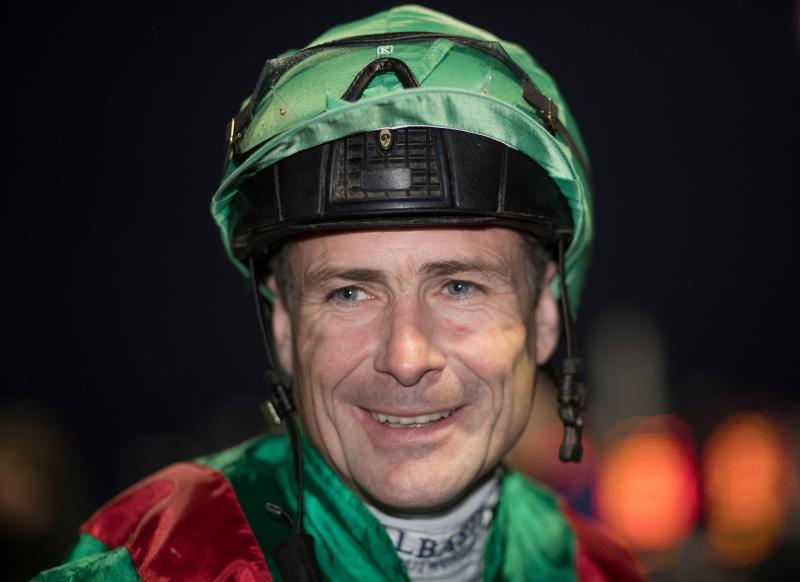 Legendary jockey Pat Smullen has announced some of the best known jockeys to take part in the Champions Race for Cancer Trial Ireland at the Curragh on day two of the Longines Irish Champions Weekend on Sunday September 15.

Ten legendary riders with 75 Flat and Jumps champion titles between them have been assembled by Mr Smullen after he announced this afternoon that Ruby Walsh, AP McCoy, Kieren Fallon, Johnny Murtagh, Richard Hughes, Charlie Swan, Joseph O’Brien, Ted Durcan and Paul Carberry will join him for the mile race which will be run after the Comer Group International Irish St Leger, the feature race at the Curragh racecourse over that Champions Weekend.

“The event will  raise money for Cancer Trials Ireland, the leading Irish cancer research trials organisation, “ Mr Smullen explained. It will go specifically towards the charity’s work into pancreatic cancer trials and research.

"To have Ruby and AP riding against each other one more time will be exciting, and when you see Charlie and Paul there too, we really have what many consider four of the greatest Jumps riders of all time,” said Mr Smullen.

“Over a mile though,the Flat lads will fancy their chances! And we have signed up five brilliant Flat champions - Kieren is a hugely popular figure with racegoers here, Johnny, Richard, Joseph and Ted were world-class jockeys with whom I was lucky to share the weigh room.

“These fellas are heroes to so many people and I have to say I am humbled by the way they have without any hesitation thrown themselves into this project and are supporting this race,” Mr Smullen said.