Horseracing: What horses can stop another Ballydoyle Derby? 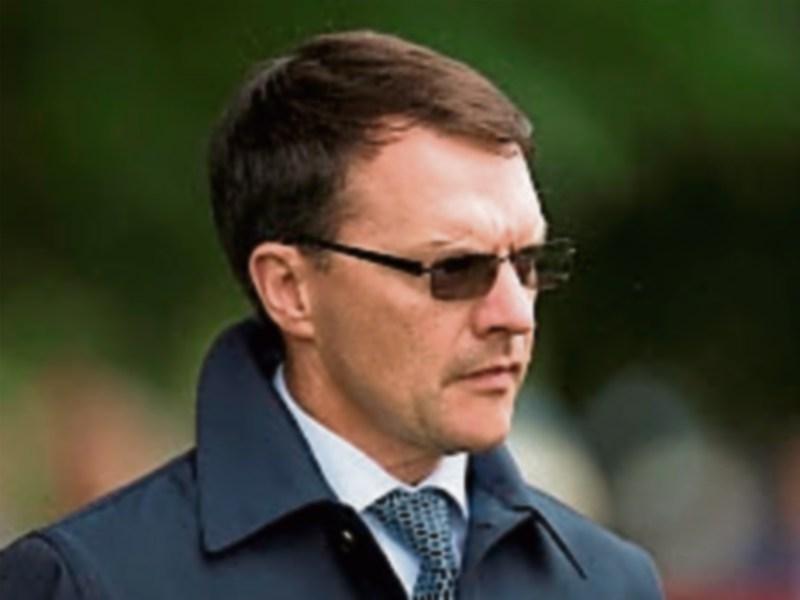 On Saturday, Aidan O’Brien will be expected to win his seventh Epsom Derby.

Read also: COMMENT: Kildare’s glass: half full or half empty?

The combination of a fine team of three-year-old colts and a brilliant start to the season will make the Ballydoyle genius nearly impossible to beat.

The bookies certainly think so with their 2/7 quote that’s it’s another Ballydoyle bound Classic come Saturday. However, there’s no sure thing in sport, let alone in horse racing, and whether the opposition is substandard or not, there will be horses standing in their way in a bid to deny the Coolmore gang another big day in the sun.

So what are the ones which seriously stand in their way? As it stands, the first non Ballydoyle-trained horse in the betting is Telecaster, which like Sir Dragonet, didn’t race as a two-year-old. He’s certainly made up for that though during his Classic season so far. A solid second-placed effort behind Bangkok in a Doncaster maiden was followed by a Windsor win by no less than nine lengths.

That earned him a crack at the Dante Stakes at York, one of the best known trials for the Derby. That afternoon, just 12 days ago, he beat the likes of Too Darn Hot and Japan, two of the best juveniles from last season. He beat them fairly emphatically too to earn a right to line up as a leading contender this Saturday. Bred to be just as effective over Saturday’s trip,

Telecaster goes into this year’s Epsom Derby having shown the signs of a horse improving all the time and looks the best of the opposition to another Aidan O’Brien demolition job.

For those fancying Telecaster to upset the apple tart on Saturday, then Bangkok holds just as solid claims if not better given that he is only horse to beat Hughie Morrison’s charge.

There were no excuses in that Doncaster maiden and since then, Bangkok has won the Sandown Classic Trial in similar fashion. There are a couple of worries with Andrew Balding’s charge however. His two-year-old form is way below the level you’d expect with a Classic contender and the horses he beat last time out haven’t really done much to frank the form. However, he has beaten Telecaster.

Surfman did manage to win one of his two starts as a juvenile and his Newcastle reappearance gave the impression of a horse going places. On that occasion, he won by 14 lengths. After that, he lined up in the Dante Stakes but had no answer to Telecaster or Too Darn Hot and we now know that the runner-up isn’t as good as some were making out. So, can Surfman make up five lengths on Telecaster? I doubt it.

Then we come to Madhmoon, a horse heavily fancied for the QIPCO 2,000 Guineas last month. That Classic conquest didn’t quite come off but on his two-year-old form, he has got some serious credentials. The beating of Broome in the Group 2 KPMG Champions Juvenile Stakes is arguably one of the best pieces of form on show but the main concern is whether the son of Dawn Approach has the required stamina for Saturday’s test.

The fact that both of Madhmoon’s wins as a juvenile came over one mile would suggest that he should have an excellent chance of staying the 1m4f while his dam Aaraas’ best form came over 1m2f. If there’s a dark horse in Saturday’s Epsom Derby, then Madhmoon just might be the one.

What about the rest? Line Of Duty has no chance on has Dante Stakes run but is a Breeders’ Cup Juvenile Turf winner from last year when he was doing his best work in the closing stages that day at Churchill Downs. He’s 50/1 though. Pablo Escobarr had no answer to Anthony Van Dyck at Lingfield and was previously beaten in a handicap at Bath.

Then there’s Alfaatik and Hiroshima, which have little or no chance to put it mildly. And that’s it. So, it’s a 2/7 chance that Aidan O’Brien lands yet another Epsom Derby on Saturday and rightly so. Sure, it’s as short as 5/1 that he supplies the 1-2-3 in the race. Both could easily happen but if they don’t, then the winner might just be a horse trained in Kildare and by a man who tast ed his first Classic triumph 47 years ago. Madhmoon is the horse and Kevin Prendergast is the man.

Now wouldn’t that be something very special.