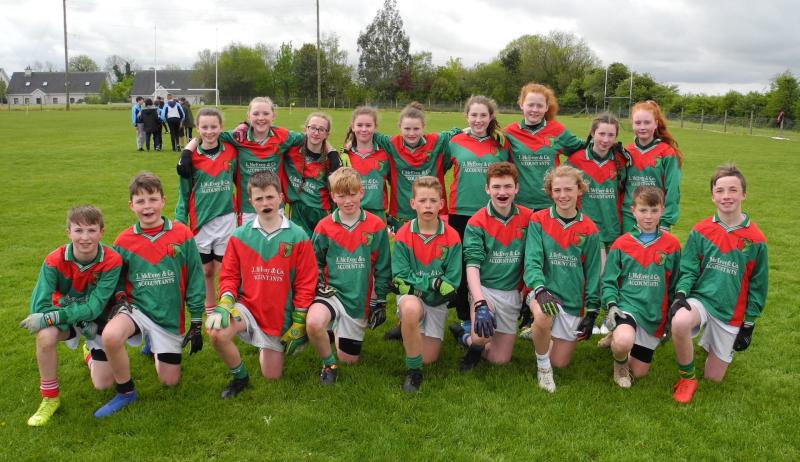 This popular annual football tournament, organised by Gael Linn for Gaelscoileanna and Gaeltacht primary schools, was held on Tuesday 8 and Wednesday 9 May last in the County Meath Gaeltacht area of Ráth Chairn.

In an action-packed final,  there was no stopping the Scoil Uí Riada team who come out tops against fellow county opponents Gaelscoil Chill Dara, from the Curragh, with a scoreline of 4-08 to 2-10 to at the final whistle.  Great credit is due to teachers Pól de Brochtúin and Avril Nic an tSíthigh who trained and encouraged the team to victory. There were cheers of delight from their supporters as the victorious team captains, Evan Ó Fearghaill and Rianna Nic Róibín, jointly accepted the Gael Linn cup on behalf of their team mates.

Each team of nine players,  made up largely of boys and girls from 5th and 6th classes, played at least three matches over the two days, with the winners going forward to the semi-finals and subsequently. Referees Kevin, Seán and Mánus Ó Conghaile from Connemara commended all the young players for their sporting play during the festival.

Of course, not all the sport was confined to the football pitch !  Most of the visitors were accommodated in local guesthouses, and the students had great fun at the tablequiz, concert and céilí organised for them in the evening.

The tournament was the first of five to be organised by Gael Linn in Gaeltacht areas of Donegal, Galway, Kerry and Waterford over the coming weeks. Congratulating the winners, organiser  Seán Ó Ceallaigh commented: "Our aim is to provide enjoyable events and social activities through the medium of Irish for pupils from Gaelscoileanna and Gaeltacht schools. We are very grateful to the local  football club and to the co-op, Comharchumann Ráth Chairn,  for their continued help and support in hosting this annual event."

The jubilant Scoil Uí Riada  team were given a great welcome back to their school, and will no doubt be celebrating their  great win for some time to come. 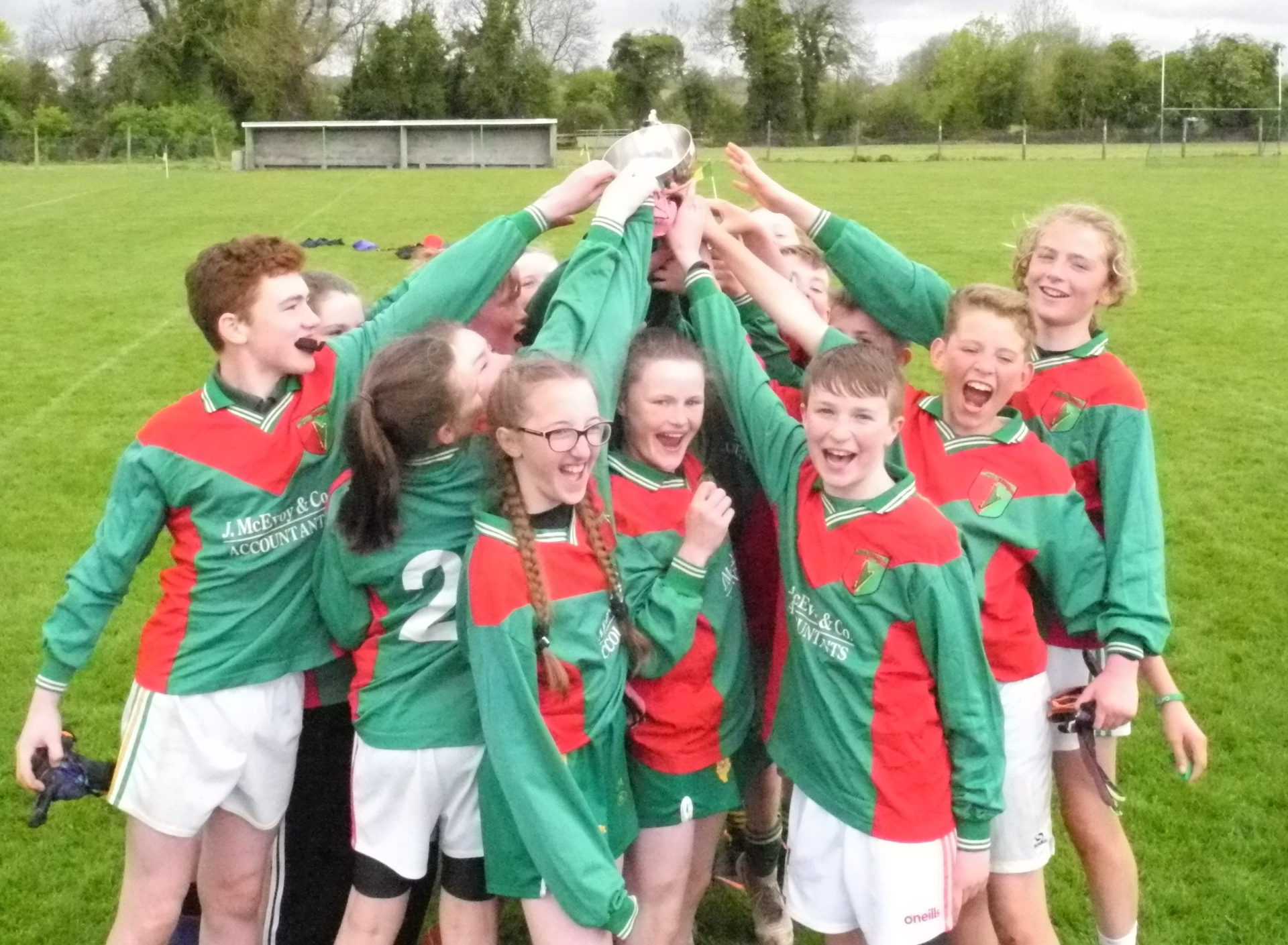