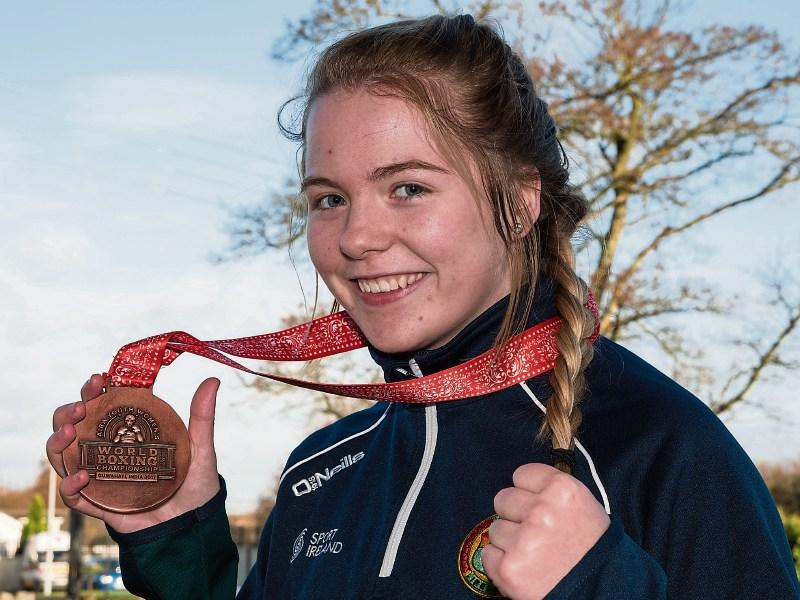 TG4 in assocation with Assassin Boxing and Boxing Ireland Promotions have confirmed that all eleven fights from the Clash of the Titans professional boxing event will be broadcast live on Saturday from the National Stadium in Dublin on March 30.

TG4’s extensive live coverage will begin on YouTube at 5:30pm when the first of the eleven fights begin (available on TG4’s YouTube site to viewers in Ireland). Coverage of the fights later in the evening will also be available on TG4’s main linear channel from 8:30pm onwards.

The live show will feature Kildare's Eric Donovan v Stephen McAfee for the vacant Irish featherweight title.  Donovan, who is the former BUI Celtic Champion at featherweight will face off with the current Celtic super-featherweight champion for the Irish title.

Kildare town's Katelynn Phelan, who is a former World Youth and European Junior bronze medalist, will fight Monika Antonik.  Eighteen year old Katelynn is the younger sister of pro boxer Allan Phelan who faces Aidan Metcalfe for the BUI Celtic featherweight title on the same bill. Polish fighter Monika Antonik is a former Olympian and Natasha Jonas made her professional debut against her in August 2017.

TG4’s Head of Sport, Rónán Ó Coisdealbha said:  “TG4 are very pleased to be broadcasting another night of boxing from the National Stadium. Following on from a night of high drama in Castlebar in last December we feel it’s important that boxers should have a national platform to showcase their talents. We’re delighted to be able to bring this to a national free to air audience.”

Assassin Promotions’ Conor Slater said “'It is fantastic to see professional boxing return to Irish screens. I believe there is a huge appetite for the sport in Ireland, and the exposure boxing has gotten over the past year is testament to the work TG4 have done. It feels like something really special is building, and to have a network partner that believes in Irish sport, is fantastic. I think on March 30th, the Irish public will get another taste of just how brilliant Irish professional boxing is at the moment.”

TG4 Coverage - Saturday 30 March
Live on YouTube from 5:30pm onwards  -  all eleven fights will be broadcast live on the TG4 YouTube page:
Live coverage on TG4’s main channel from 8:30pm to 11pm.