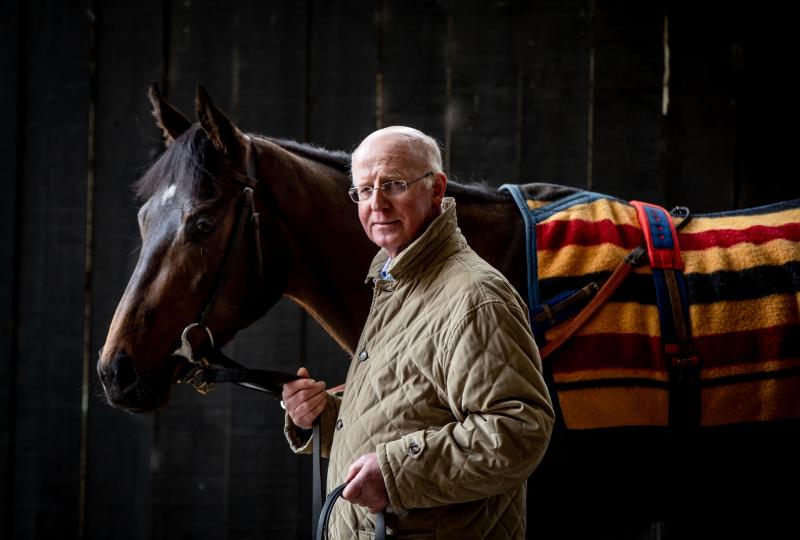 The stables of John Oxx on the edge of the renowned Curragh training grounds was the venue for the launch of the new Irish Flat season this afternoon.

The 2019 season begins at Naas on Sunday where the €100,000 Tote Irish Lincolnshire is the most valuable event on the eight-race card. The €77,500 Group 3 Lodge Park Stud Irish EBF Park Express Stakes, the €50,000 Naas Racecourse Business Club Madrid Handicap and the €45,000 Listed Devoy Stakes are the main supporting races on a programme that begins at 1.30pm.

In the coming weeks, the new Curragh will be up and running following a transformative two-year building project which will be unveiled on May 6 ahead of the official opening which will take place during the newly-formed three-day Curragh Spring festival (May 24-26), featuring the first Classics of the season, the Tattersalls Irish 1,000 and Tattersalls Irish 2,000 Guineas and the Group 1 Tattersalls Gold Cup.

Leading 1,000 Guineas contender Skitter Scatter is part of the new set up at Currabeg Stables, having transferred to the yard, along with her former trainer Patrick Prendergast, at the beginning of the year. Anthony and Sonia Rogers’ homebred rounded off a memorable two-year-old season with a decisive victory in the Group 1 Moyglare Stud Stakes at the Curragh on the second day of Longines Irish Champions Weekend.

It is 40 years to the month since John Oxx recorded his first winner, Orchestra, at the Phoenix Park. On the verge of his 2,000th success, Oxx was Ireland’s champion trainer in 1995, the year that European Champion three-year-old filly Ridgewood Pearl reigned supreme in the colours of her locally-based breeders, Sean and Anne Coughlan. Ridgewood Pearl won the Irish 1,000 Guineas, Coronation Stakes, Prix Du Moulin and Breeders' Cup Mile during that terrific season that saw her win at the highest level in four different countries.

Five years later, Oxx trained the brilliant Sinndar to become the first horse to win the Epsom Derby, the Irish Derby and the Prix de l’Arc de Triomphe in the same year. The likes of Manntari, Timarida, Ebadiyla, Alamshar, Azamour, Kastoria and Alandi were winners at Group 1 level for Oxx who famously enjoyed the best of times with the legendary Sea The Stars.

In 2009, Sea The Stars gave his trainer his first win in the 2,000 Guineas at Newmarket and was to record six consecutive Group 1 triumphs that year. Success followed in the Epsom Derby, the Eclipse Stakes at Sandown, the Juddmonte International Stakes at York, the Irish Champion Stakes at Leopardstown and the Prix de l'Arc de Triomphe at Longchamp. Sea The Stars is the only horse to complete the 2,000 Guineas, Epsom Derby and Prix de l’Arc treble.

Brian Kavanagh, CEO of Horse Racing Ireland, said: “We have so much to look forward to in the season ahead and it is fitting that we launch today only a stone’s throw from the Curragh Racecourse where the finishing touches are being made ahead of their first fixture on Bank Holiday Monday, May 6. That day will whet the appetite for the newly-formed three-day Curragh Spring Festival featuring the first Irish Classics of the season later that month.

“I am delighted that we have been able to increase prize money once again for this coming Flat season which looks like being as competitive as ever. I would like to wish all owners, trainers and riders all the very best for the season ahead.”