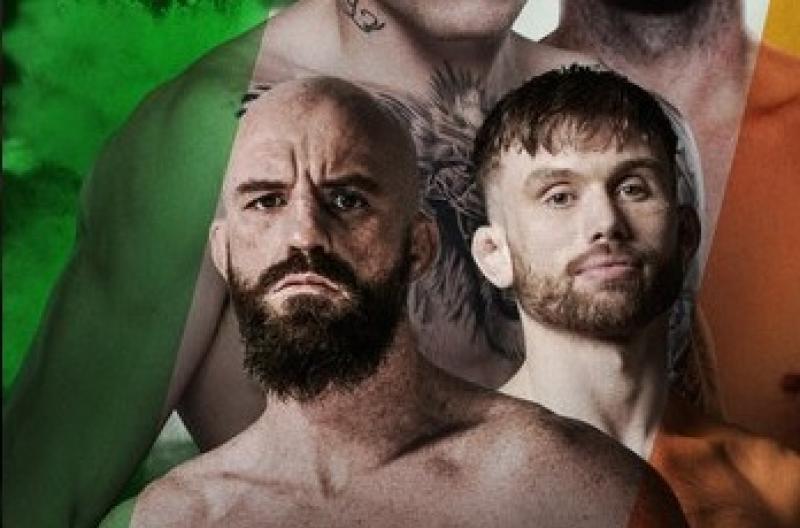 Peter Queally, left, will take on Kilkenny man Myles Price, right, at Bellator 217 in the Three Arena, Dublin, on Saturday

A Naas gym owner is co-headlining a massive Mixed Martial Arts fight night scheduled to take place at the Three Arena in Dublin this Saturday, February 23, which will also be broadcast live on Sky Sports.

Peter Queally, a team-mate of UFC champion Conor McGregor, will take on Kilkenny man Myles Price at Bellator 217, which promises to be one of the biggest events on the Irish MMA scene to date. He will be joined on the night’s undercard by Kildare fighter Dylan Logan.

Conor McGregor has also used the facility as a training base, and is regularly featured on its social media posts. Mr Queally and Mr Pikulskiy are long-time team-mates of the MMA superstar from their early days training at John Kavanagh’s SBG Ireland headquarters in Dublin.

The Queally-Price fight promises to be one of the main draws on Saturday night’s card in front of an almost-sold out crowd in Dublin.

There is bad blood between the pair after Mr Price, a former SBG fighter, travelled to California to train with Khabib Nurmagomedov prior to the latter’s UFC 229 bout with Conor McGregor last year.

This is the Bellator debut for Dungarvan, Co Waterford, native Queally, who fights with the nickname ‘Showstopper’. He was previously signed to the Fight Nights Global promotion and has had huge wins abroad, fighting in Russia and Kazakhstan.

Bellator 217 will be headlined by the clash of SBG fighter James Gallagher with Stephen Graham. Sky Sports coverage of the main card starts at 9pm, with the preliminary card available from 5pm on the Bellator app.