Who was the best among the horses that captured the Irish and English derbies? 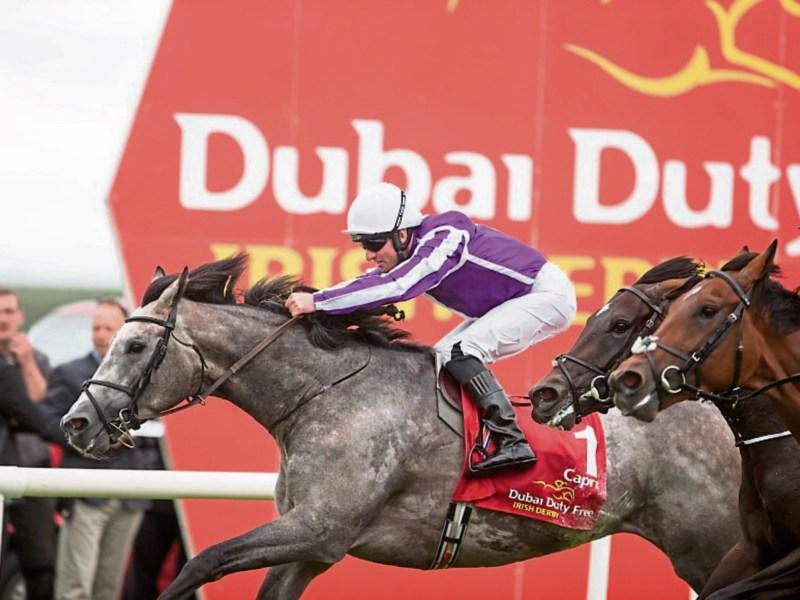 The Dubai Duty Free Irish Derby is now widely considered as the perfect test for the best three-year-old over 1m4f and this Classic has made a man of many top thoroughbreds in the seasons gone by. Just look at Capri last year, for instance.

In the last 32 years alone, 10 horses have completed the dynamic double but which went on to be the best of that lot? Let’s try and figure that out right now.

In 1986, Shahrastani gave the Aga Khan his second success in Ireland’s premier Classic but that would be the three-year-old’s final ever win. He would finish fourth in the following month’s King George VI & Queen Elizabeth Diamond Stakes, when Dancing Brave gained his revenge from Epsom, before he would also finish fourth on his final ever appearance in the Prix de l’Arc De Triomphe.

In 1988, Kahyasi had a lot of similarities to Shahrastani. He too was owned by the Aga Khan and he too would be beaten in his two subsequent runs after his Curragh success.

Both were in France when first, he narrowly lost his unbeaten record in the Prix Niel, before finishing sixth of 24 in that year’s Prix de l’Arc de Triomphe.

Two years later, at the Curragh on the last Sunday of July, Generous locked horns with French Derby winner Suave Dancer after his stunning success at Epsom. After a tenacious tussle from three furlongs out, he beat the French challenger in fine style too.

However, he would come unstuck 71 days later in the Arc, which was won emphatically by Suave Dancer, the horse he beat at the Curragh.

Twelve months after Dr Devious failed to complete the double, Commander In Chief did go one better when Pat Eddery took over from Epsom hero Mick Kinane.

When Henry Cecil’s colt took on that year’s French Derby winner Hernando, which went off favourite for that Curragh clash, Eddery and Commander In Chief came out on top in one of the best battles ever witnessed at the Curragh, but that race undoubtedly left its mark on him.

He would be beaten in the King George three weeks later and would never race again.

We had to wait seven years for the next Derby double winner but he was worth the wait.

Sinndar had beaten a top class field of three-year-olds at Epsom when he lined up at the Curragh and again, patrons that day witnessed another clash of the English and French champions.

What was billed as a high profile match turned into nothing less than a procession as Sinndar put up one of the greatest Curragh performances of all time as he soared to a nine lengths victory.

The best was still to come though.

He warmed up for a crack at the Prix de l’Arc de Triomphe with a cosy success in the Prix Niel and then he attempted to become the first horse in history to add the Arc to his two Derby triumphs.

On that memorable afternoon in Longchamp, he beat a top class field, which included Montjeu, to end the season as the best three-year-old in training and finish off his career on the perfect note.

Sinndar left huge hoofprints to be filled for the following Epsom winner but little did we know that the successor would be the perfect fit.

Galileo had won both of his Derby trials before bolting up at Epsom and he would match Sinndar’s success in terms of quality with a stunning display at the Curragh.

After that, Galileo would take part in two of the most memorable finishes of that season or any season.

At Ascot, he outbattled Fantastic Light in a brilliant duel to the King George before coming out on the wrong end of a tactical battle in the Irish Champion Stakes.

The combination of that, and perhaps the unfavourable dirt in the Breeders’ Cup Classic, meant that he would finish down the field on his final outing at Belmont Park.

However, that failed to take away from one of the best double Derby winners we’ve ever seen.

The same can also be said for the 2002 Irish Derby winner, who made it three successive Epsom Derby winners to follow up at the Curragh. He had got the better of his stable companion Hawk Wing in one of the best finishes ever seen at Epsom and he eased to his second Classic win on Irish soil.

He wasn’t seen again until finishing third in the Prix de l’Arc de Triomphe but he made up for that defeat with victory in the Breeders’ Cup Turf.

As a four-year-old, he won the most competitive of Irish Champion Stakes ever witnessed before doubling up in the Breeders’ Cup Turf, albeit dead-heating with American hope Johar.

Since High Chaparral, only three horses have completed the double.

Camelot did so in 2012 but would end the season with defeats in both the St Leger and Arc, while Australia did manage to win the Juddmonte International but got turned over on his final ever start in the Irish Champion Stakes.

Harzand is the last horse to enter the Derby Double bracket, but after winning at the Curragh, he fared badly in both the Irish Champion Stakes and the Prix de l’Arc de Triomphe.

Like so many before him, he failed to lower the colours of the best older horses of that season.

So, of the last 10 Derby Double winners, who achieved most and who was the best on his day of destiny at the Curragh?

It was Sinndar on both fronts.