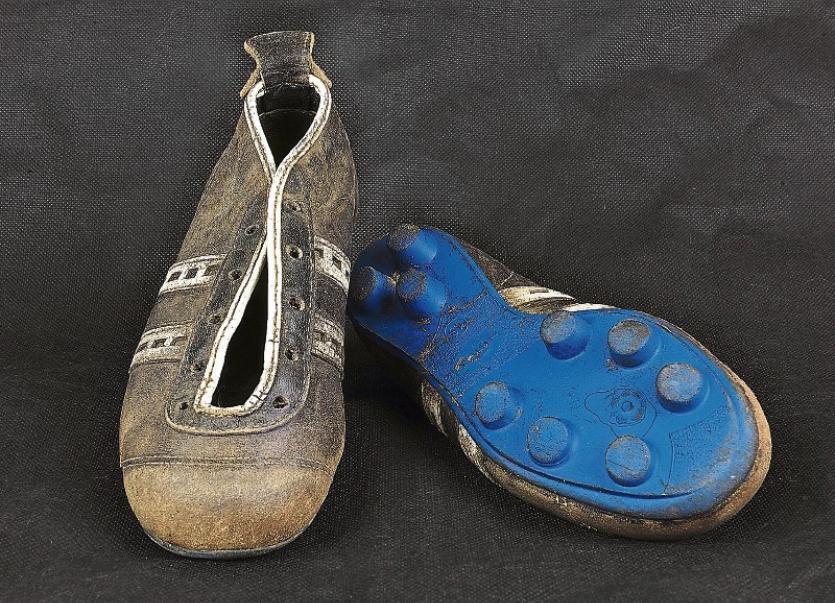 With the summer season in full swing, what better time to cast an eye over the cast of characters found at every GAA club across the county.

The following, as they say, are entirely fictional, and any resemblance to actual persons, living or dead, or actual events, is purely coincidental...

He and, increasingly, she, is the conscience of the club. A well-meaning and patient sort who carries the responsibility of ensuring the club stays in business.

Diplomatic skills are a requirement for this role as he deals with a multiplicity of complaints from stroppy players which range from the showers in the changing rooms being too hot to why John Paul has been dropped from the second team, again.

A workhorse by nature. For the first year anyway, she gleefully embraces the correspondence that flies in all directions — to and from the County Board, GAA HQ and other clubs. Because she can string a letter together, she’s seen as an intellectual powerhouse by the membership.

She can be a bit aloof, sometimes regarding her admin role as so vital to the club that the games don’t really matter.

Not be confused with a linesman, this individual is responsible for the white pitch markings.

In another life, the lineman would have been a priest or a monk.

There are few more dedicated souls and the average age of the lineman is 79.

He prefers traditional methods to marking the sideline, the 45, 65 and the D.

Only he fully understands the intricacies of the metallic wheeled contraption he rolls along the grass and the correct the ratio of water to lime.

Roll it too thin and it’ll disappear with the first shower; too thick and you’re left with chalk.

This job belongs to the bravest soul in the club. The pathological though reasonable fear that you’ll be associated with with some kind of impropriety is enough to make most of us head for the exit when this job comes up at the AGM in December.

It’s best left to that most reliable section of society — the middle-aged woman, who can strike fear into the heart of those players who “forgot” to pay the membership fee.

The club owes more to him than he ever will to the club.

The disrespect for their species is the stuff of legend. ”Ahh for f… sake ref” is something you’ll hear every two minutes at most games.

He (it’s rarely a she) is unloved and it doesn’t bother him.

A few years back the Kildare County Board went about addressing the growing shortage of refs by imposing fines on clubs who hadn’t put a name forward for “the course”.

There are two types — ex-player fitness fanatics who want to keep a beer belly at bay and folk who like to be in charge.

Generally found in the bigger clubs like Naas, Celbridge, Leixlip or Ardclough but also some others like Kill, Confey and Kilcock.

Players who can kick ball and wield the camán with anything approaching dexterity are rightly revered.

Football and hurling have nothing in common save for the fact that both have teams of 15 and play in a field with the same dimensions. Rugby has more in common with football than hurling does.

There is something oddly romantic about the player who embraces two — as the GAA describes them — codes.

7: THE COUNTY BOARD DELEGATE

This chap will have a high boredom threshold. The Kildare County Board runs the GAA in the county. So some club members may see this as an opportunity to climb the GAA ladder.

If you go to the monthly meetings for long enough and don’t rock the boat by coming across as all rebellious, you may get a role... but only after sitting through years of boring meeting, and there are few occasions as devoid of craic as that which brings you to Newbridge on the first Tuesday of each month.

No. There’s no money it and you’ll quickly discover the true nature of volunteerism.

Seosamhín Ní Giollafúcafada has more interest in Irish than the club.

Chances are she arrived to County Kildare as a primary school teacher from some crossroads in West Kerry or North West Donegal, fluent in 10 dialects of the language.

But the club provides a vehicle for her maniacal zeal to promote Irish. The role transcends club interests though and that’s why she has to be welcomed — the GAA is wrapped up in Irish language and culture.

She’s useful enough, though, when it comes to translating players names into Irish, especially those whose origins may be in Nigeria, Poland or Latvia.

This client is the club’s pride and joy. The obvious pinnacle of any player’s career is to don the white jersey — though it must be slightly deflating if your club is Clane (you only ever get to wear the one colour).

The county man has quite the reputation. Everyone knows him and would buy drink for him — if he wasn’t off it virtually all the year round.

All the better if he comes from Robertstown, Cappagh or Caragh (unlike Sarsfields, Moorefield, Leixlip or Athy), where county men are thin on the ground so the amount of mileage to be extracted is much greater.

The downside for the club is that he’s increasingly unavailable; such are the demands of county team management.

The trickiest buachaill of them all. There’s one on every team and you can’t live with him or without him.

Impossibly talented from an early age, he played minor at 11 and senior while doing the Junior Cert. Even if he was never quite as good as he thought, it’d be a brave manager who wouldn’t pick him.

The thing is he was never a great man for hardship and tends to develop an injury as the hard training starts.

Fond of the seisiún, he avoids total commitment in the knowledge that his talent will see him picked.

He turns up for championship training out of condition and has a big red head on him after half a lap. He’ll go on the razz on the Friday before the first round and, worse again, he’ll take a couple of the younger players with him.

So, he’ll be dropped for the first round game against Ellistown, but brought on with five minutes left, kicking three points into a hurricane to grab victory from the jaws of defeat.