Nina Carberry and Kildare's Katie Walsh will be sorely missed 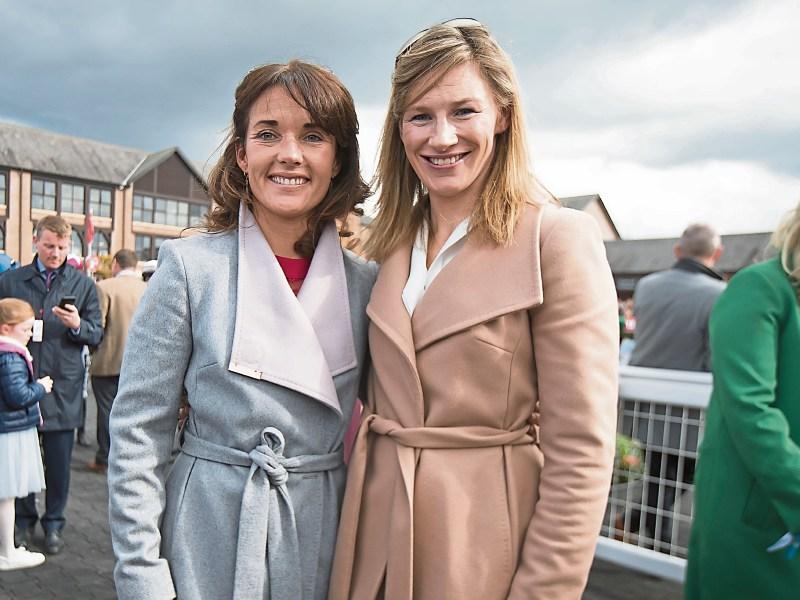 There was a special day at the 2010 Cheltenham Festival when both Katie Walsh and Nina Carberry made history together.

The race was the National Hunt Challenge Cup and it was an occasion when lady jockeys finished first and second for the first time ever at the festival. They weren’t yet sisters-in-law but they were most definitely close friends. Yet, that day neither of them gave an inch as Katie, on board Poker De Sivola, got the better of the Nina-ridden Becauseicouldntsee by just over a couple of lengths.

It was a rare occurrence for a female jockey to ride a Cheltenham festival winner and this came five years after Nina herself had broken her duck at the track. Two days later, Katie landed her second win of the week when riding Thousand Stars to victory in the County Hurdle.

When Nina Carberry rode Dabiroun to victory in the 2005 Fred Winter Juvenile Novices’ Handicap Hurdle, not only was it the first time in 20 years since a female jockey was victorious at Prestbury Park, but it was also the first ever running of that particular race. To this day, she’s still the only female jockey in that race’s illustrious roll of honour. It didn’t take her long to add to her haul at Prestbury Park and in 2007, she enjoyed her first taste of Cross Country success when guiding Heads On the Ground to glory over the banks and she would win the next two renewals of that race on Garde Champetre. In 2016, she won aboard Josies Orders, the same horse which she bowed out on last Saturday, in the Glenfarclas Cross Country Handicap Chase and it’s these triumphs which gave her the nickname the ‘Queen Of The Banks.’

Two victories on board On The Fringe meant that with seven festival wins, she is the most successful female jockey in the history of the Cheltenham festival. It wasn’t just there where she excelled however as in 2011, she became just the second female to win the Irish Grand National when landing the famous race on Orgainisedconfusion for her uncle Arthur Moore while she also managed to compete in the Grand National on six occasions and finished the race on four of those rides.

Her success with Noel Meade on the bumper scene made her a household name and there was nothing that she wasn’t capable of doing when in the saddle.

Like her sister-in-law, Katie Walsh enjoyed an extraordinary career in the saddle when she too has many memorable days on horseback to remember. Her two Cheltenham festival successes undoubtedly stand tall when it comes to her achievements but perhaps her ride on Seabass in the 2012 Grand National is what she’ll be remembered for most by the wider public. On that occasion, Seabass was sent off a leading fancy as her father Ted bided for his second Grand National triumph.

It didn’t quite materialise as the Papillon story did in 2000 but in finishing a gallant third, Katie went into the history books as being the highest placed female jockey in the history of the famous race. On her final ride in the great event this year, she managed another clean round when finishing 12th on board Baie Des Iles for her husband Ross. Four years after Nina won the Irish Grand National, Katie did just that when teaming up with Thunder And Roses for Sandra Hughes. To date, only three female jockeys have won that race and Katie is the latest. She broke her Grade 1 duck in 2016 on board Blow By Blow in the Racing Post Champion Bumper at the Punchestown festival while she extended her Cheltenham festival winning spree to three winners this year when guiding Relegate to success for Willie Mullins. She’s ridden all over the world, has ridden in numerous major races and ends her career as one of the most familiar names of women in Irish sport.

Between Nina and Katie, they’ve achieved quite a lot. Ten Cheltenham festival winners between them, two Irish Grand Nationals triumphs and countless magic moments. Ten years ago, most people in horse racing wouldn’t have envisaged a female jockey winning a major race like the Grand National or even becoming champion jockey.

The latter might never come true but because of Katie Walsh and Nina Carberry, it’s now certainly a possibility.