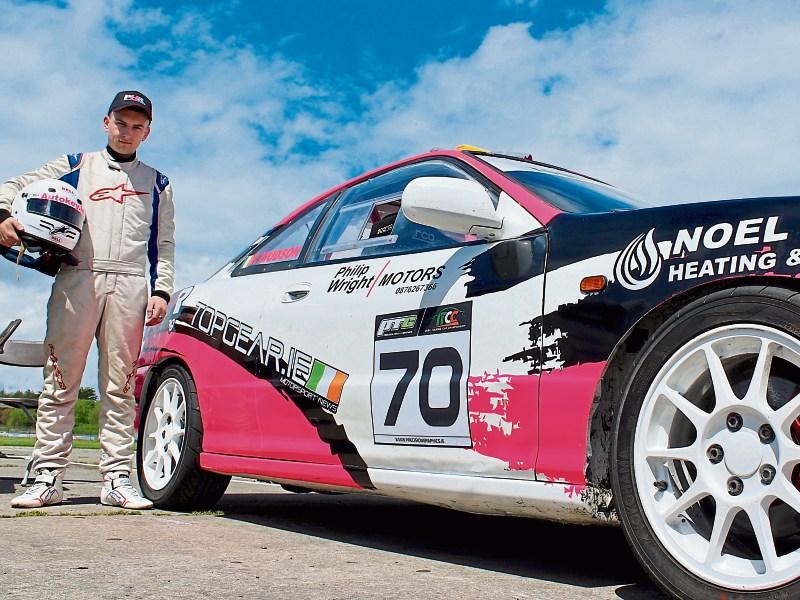 Patrick Hudson is a 21-year-old Prosperous lad who is making waves in the competitive sport of motor racing.

The youngest of nine (and the only boy) Pa began hotrod racing, at 13, in Ballyshannon where he won the junior championship before moving on to autograss, in cars built by his dad. However his main aim was always circuit rac-ing.

Two years ago Pa competed his initial year in the ITCC, coming third in the championship, a mighty achievement in itself, getting six podium finishes out of 12.

This year he has won each of his four races.

Only last week he dominated in The Tool Dynamics ITCC Production Class at Pembrey, his first time to drive this circuit but that did not stop him from gaining pole position in the qualifiers before doing on to record two impressive wins at the weekend.

Commenting on his experience at Pembrey, Pa said “we were thrilled taking pole, getting two wins and the fastest lops in both races.”

Thanking his family, who have given him great support over the years , along with his sponsors, with special thanks to Philip Wright Motors, who have developed the car for him.

Pa will be in action in Mondello for rounds 5 and 6 of the Tool Dynamics ITCC on June 10 and 11.