THE PUNTER'S EYE: Four horses that can 'Power' through the weekend 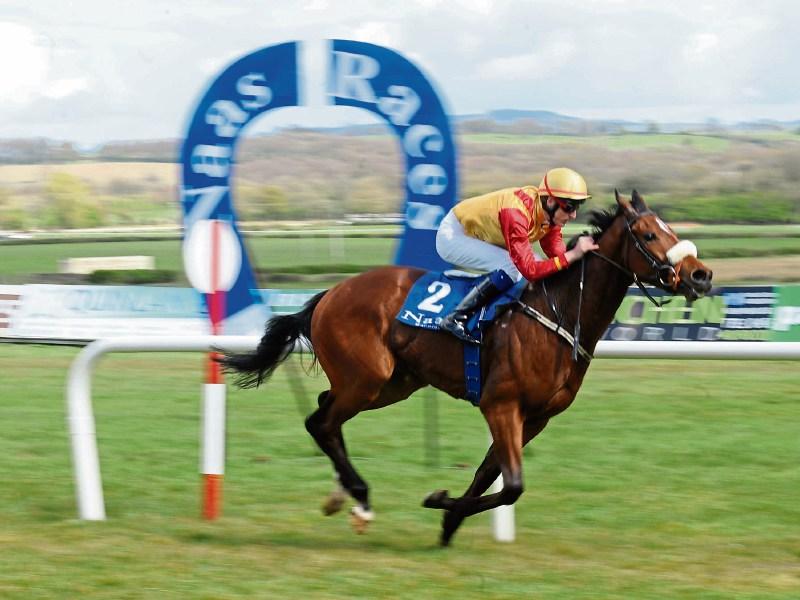 The 15:35 sprint at Navan on Saturday is an interesting event pitting some veterans against the next generation of minimum distance stars. MAAREK is the oldest in the field as a ten-year-old, while a host of four-year-olds take their chance. MISS POWER (9/4) is one of those, and one of the more fascinating contenders for the same connections as former sprinting champions, SLADE POWER and SOLE POWER. Eddie Lynam has trained a number of stellar sprinting recruits and this filly could be the next sensation. She was six lengths behind the winner on her racecourse debut but did win on both subsequent starts. First, she accounted for MAGIC BEAR by two lengths at Navan, before improving again to take the scalp of GO KART at Naas on good to firm ground earlier this month. GO KART is a re-opposing danger here but I expect MISS POWER to come on again from her latest victory and confirm the placings of that first clash. Even lumbered with top weight, MAAREK can still cause a stir and perhaps run into a place at 12/1.

Two horses are locked together at the head of the market for the 16:10 race on the card at Navan on Saturday afternoon. NAUGHTY OR NICE (5/2) faces opposition from BELGRAVIA (5/2) in a deep enough race where a case could be made for three or four. BELGRAVIA took a while to warm up to the challenge of racing but after two poor runs in defeat, he managed to get his head in front the last day at Leopardstown, just seeing off CLONGOWES in a close finish. However, he's not a horse that inspires much confidence and can be opposed with the exciting NAUGHTY OR NICE for John Oxx. He made a wonderful start to racing with a winning debut at Gowran, staying on well ahead of BEAN FEASA. That rival ran again since at Leopardstown, and won extremely well, beating ASKING of Aidan O'Brien's by over two lengths. With more to come now from NAUGHTY OR NICE, and that franking of his debut form, he's the one for me at a nice price.

I don't see any reason why ACTRESS (5/4) should be the favourite ahead of ALPHA CENTAURI (2/1) in the 15:45 race at Naas on Sunday. The pair clashed at the same track on May 1 with both horses making their debut on that occasion. ALPHA CENTAURI easily ranged past Aidan O'Brien's filly that day to score by over two lengths. ACTRESS has had a start since, a win at the expense of YOLO STAR at the Curragh last weekend. That run will have brought further improvement out of her but the manner in which Jessica Harrington's ALPHA CENTAURI beat her on debut was too eye-catching to ignore. She will improve as well for that run, and in my view, barring incident, will have her rival's measure again. A couple of other debut winners take their chance here, so a number of relatively unknown quantities make it an interesting race.

Elsewhere, FLAVIANA (10/1) can cause a bit of an upset in the 16:05 Mare's Chase over 2M 3F at Limerick on Sunday. WESTERNER LADY (13/8) is the fancied horse in this race following a couple of strong performances lately. Discounting a fall on her latest outing, she had won four out of five starts before that, and seems to be more popular than her stable companion LISTEN DEAR in this one. That rival looked a star of the future with six wins on the bounce between September 2015 and December 2016, but has fallen off the wagon of late. She has been fourth in her two most recent starts, and was a distance behind GREAT FIELD at Punchestown last month. FLAVIANA hasn't been seen since finishing runner-up to POTTER'S POINT at Fairyhouse in mid-April. POTTERS POINT went on from that run to finish just over four lengths behind the impressive DON'T TOUCH IT at Punchestown, and was runner-up behind TOWNSHEND last week. That represents good form and FLAVIANA should improve again. Jessica Harrington hasn't put a foot wrong lately and she should have this one primed to be in the frame. She can take advantage of a couple who may have just lost a bit of their spark in this field.