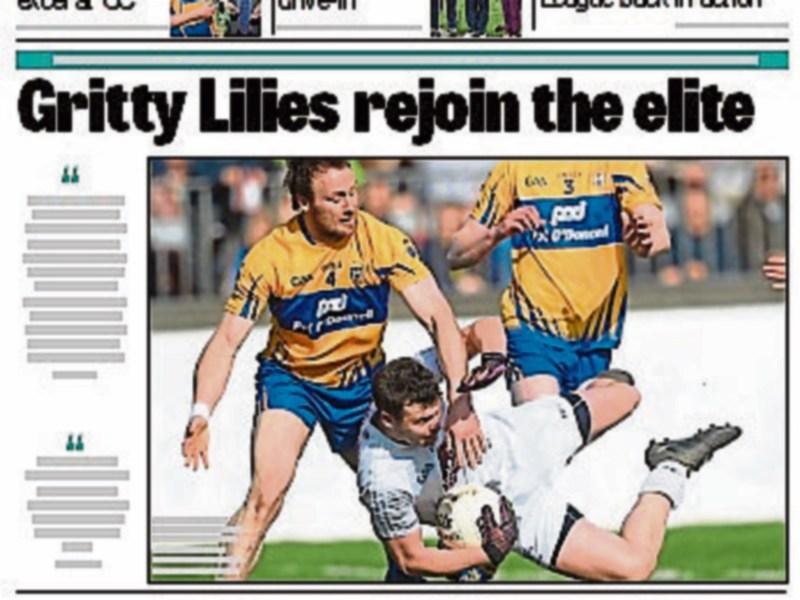 A stunning comeback by hurlers as League campaign comes to an end … report, reaction and comment.

Golf Picture Special at Millicent captains’ drive-in; plus all the results from the Fairways.

RacingAffairs: Robert Catterson looks ahead to the Irish Grand Natinal and the effect it will have on the trainer’s title.

Picturer Special as Naas Racecourse host the official launch of the Flat season.

Soccer: Kildare & District Football League kicks-off this weekend; all the fixtures and Noticeboard.