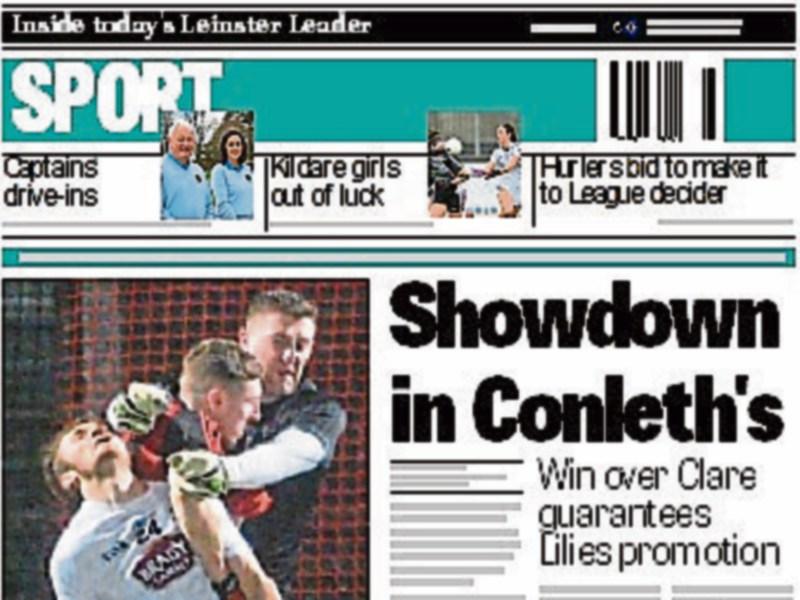 Showdown in Conleth’s Park as Kildare are within 70 minutes of promotion.

Ladies set for drop as camogie girls go under to Cork

A win may not be enough for Joe Quaid’s lads against London.

Revamped SFL under way on Saturday, fixtures, rules and regulations.

Draw not enough for Newbridge RFC

Golf, results and fixtures and tip from the Golf Doctor.

Picture Specials from captains’ drive-ins at Royal Curragh and Palmerstown

RacingAffiars; Yorkhill and Jesse are crowned King and Queen of Cheltenham (Robert Catterson).

Major growth as KDFL prepares for another packed and busy season