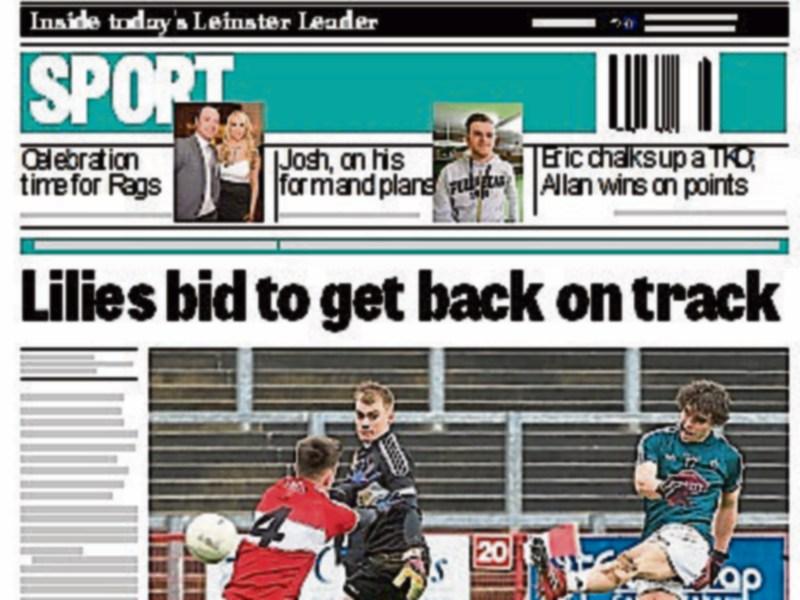 Lilies bid to get back on track following that late one point defeat to Derry.

Kildare Ladies fail to make an impact against Westerford.

Camogie girls off to winning start.

Snooker: Josh hoping to build on his Wales Open performances.

Pro Boxing: Stroll in the Stadium for Eric Donovan

As Kildare beging their U21 campaign we look ahead to Wednesday’s clash with Longford.

Results from the Fairways plus this week’s advice from the Golf Doctor (Gavin Lunny).

Hockey: Naas hit Corinthians with three of the best.

Newbridge Dogs: Magician casts a spell over her rivals.

Racing Affairs: A look at some of the girls you can count on at Cheltenham 2017 (Robert Catterson).

The Oval Office: Heaslip still on course for Lions tour.