Lilies still have so much to play for 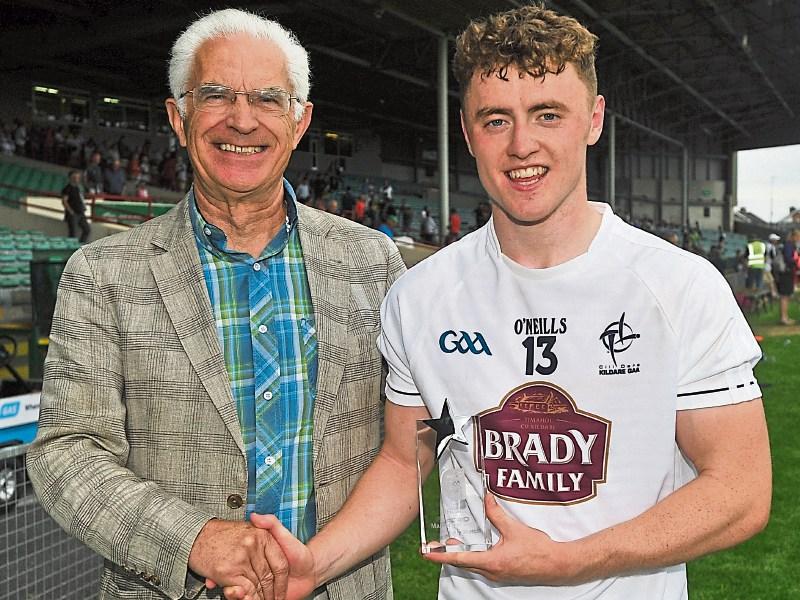 A weekend of mixed fortunes. Mixed emotions. Successes. Disappointments. And what ever you're having yourself.

From club action to minor action, to U20 fare, to U21 hurling; not forgetting the minor Ladies,  and of course  The Super 8s.

The minor footballers  booked a place in the Leinster final, after a replay against Wicklow, in Aughrim on Friday evening.

Have to admit thought they would be really up against it, Wicklow are a decent team and Kevin O'Brien is doing great work with his native county.

Kildare came through that test in Aughrim in front of a big and very focal home following but after struggling up to half time The Lilies got the vital second half scores to get them over the line and set up a Leinster final meeting with Meath, this Saturday in O'Connor Park, Tullamore.

Wasn't in Aughrim myself on Friday night, stayed at home to take a look at another Newbridge derby as league champions Moorefield, took on town rivals Sarsfields in the SFL semi final.

Not going to go into why this game was fixed as the  county minors were in action in Aughrim, suffice to say that the GAA have a long way to go when a bit of common sense is required both locally and indeed nationally.

The game (league semi final) itself was a cracker, point for point for most of the way, The Moores came through with Adam Tyrrell showing all his talent  (whisper it) with a total of 1-7 from open play.

Nevertheless there was little between the sides in front of a great attendance, with Tyrrell's goal arriving in the 64 minute, The Moores winning by four.

In the meantime fair play to Monasterevan who  stood their ground and refused to play a vital  SFL game on Saturday when they had club players involved in the All Ireland U20 semi final against Kerry.

All the good will, rightly built up by the Co. Board over the past few weeks, blown out of the water by some crazy and unnecessary fixtures.

It simply beggars belief that that game, amongst others, was fixed for a couple of hours after that U20 fixture at The Gaelic Grounds in Limerick.

That game incidentally (Monasterevan) was eventually postponed but only after the club  took to the airwaves and social media.

Lessons, lessons but will those in authority even learn?

And so on to Saturday and The Gaelic Grounds; U20 semi final, Kerry the opposition.

Hardly needs reminding the Lilies were sent packin' by Kerry two years ago by 22 points (minor semi final) and while they (Kerry) did  lose a couple of their star men to the senior ranks, but any day a Kildare side can beat Kerry, and a Jack O'Conor managed  side, is a good day

Congratulations to Kildare  manager, Davy Burke, his management  team  of Deckie O'Toole  and  Evan McDermott and all involved, on a brilliant performance.

Kildare now take  on Mayo in the U20 All Ireland, a game  fixed for Sunday August 5 in Croke Park, some 17 hours or so after Kildare play their final game against Kerry in Killarney in the Super 8s.

In fairness to the powers that be they did not know the participants before the fixture was  made, but it is crazy and shows a  total disregard to Kildare fans and the likelihood of changing the time and/or venue is remote in the extreme, especially after recent happenings between Kildare and the Croke Park authorities.

Still we live in hope but I wouldn't be holding me breath.

On Sunday the Kildare Ladies were crowned All Ireland Minor 'B' winners with a comprehensive win over Roscommon. A mighty achievement for all concerned.

And so to  Croker. The Super 8s and Monaghan.

The rains came and it looked on many occasions that the Monaghan lads had prior warning and had been training in winter conditions while The Lilies were in full summer mode.

Monaghan's handling,  despite the slippery surface not to mention the wet liathróid,  was so  superior to Kildare throughout.

Her 'Indoors' who prefers to listen to Ger McNally and Co on Kfm than look at Sky or indeed RTE, than attending games, but still keeps one  eye on the box,  enquired when I (eventually) returned from Croker, why the jerseys worn by the two teams were so similar in colour.

I explained that when there is a clash of colours the rule states both sides must change.

Change to a similar colour, she replies?

But they were, says she, and getting somewhat animated added, Kildare are the only team in the country that has an all white shirt so why should they change?

Well why change, says she.

It's the rule says I.

But that's not good enough, says she.

Yes I agree, says I.

So why change says she.

I wonder to myserlf if we only had a few females on the CCCC we probably wouldn't have half the problems we have had over the past few weeks.

Still it was far from a  vintage Kildare display yet they were in it right up to the  end.

Disappointing but still all to play for.

Time to put the shoulder to the wheel.

Herself still holds a big grudge against Galway from '98, from  2000, from every other time we have met since.

We are due a win over the maroon boys says she.

At least there will be no clash of colours says I.

So regardless of the result no arguments with 'herself' come next  Sunday night.

It's been a hectic few days and nights; highs and lows; agony and ecstasy; ups and down but still so much to play for.

Minors on Saturday in a Leinster decider; seniors  in what should be a memorable day in Newbridge on Sunday afternoon; a trip to Killarney in two weeks time,  plus (I wish) a helicopter ride to Croker on the following morning.

I'm sure the Croke Park authorities wouldn't mind a chopper  landing on the sacred turf if it meant accommodating a few Kildare fans.

Still this memorable, topsy turvey season has, no doubt,  many twists and turns to come before reaching its end.

As ever we live in hope.

In the meantime keep the faith!