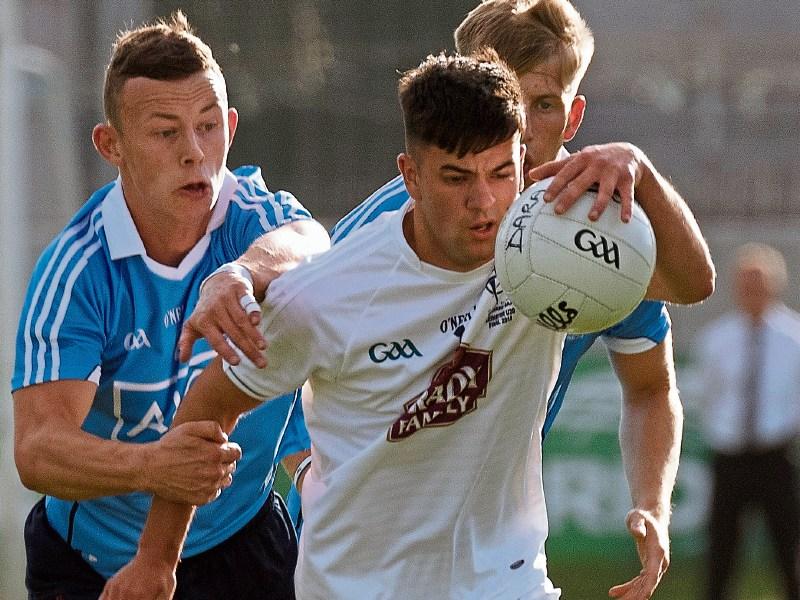 Padraig Nash of Monasterevan in action for the Kildare u20s

Monasterevan GFC is refusing to fulfil their Senior Football League Division Two match against Two Mile House this Saturday because three of their clubmen are involved in Kildare’s u20 All Ireland semi-final against Kerry.

In a statement, the club said that: “We as a club will be in the Gaelic Grounds, Limerick to support our three club men and Kildare u20s Padraig Nash, John O’Toole and DJ Early”.

The club said that it found it “incredulous” that Kildare County Board would schedule league fixtures that clash with a game of this magnitude, and added that the decision not to play the game was taken “with regret”.

Speaking on KFM radio this morning, Matt Lonergan, Monasterevan GFC chairman, indicated that Kildare’s Competitions Control Committee would make a decision on the fixture by tomorrow evening, following representations from the club.

With the Kildare football seniors, minors and U20s all in action this weekend, plus the u21 hurlers, the scheduling of club championship fixtures by the Kildare County Board has caused some controversy.

READ TOMMY CALLAGHAN’S TAKE: Little fairness in this weekend’s club fixtures as weekend clashes could so easily be avoided