Underachievers: a description of Kildare that has been hanging around for years 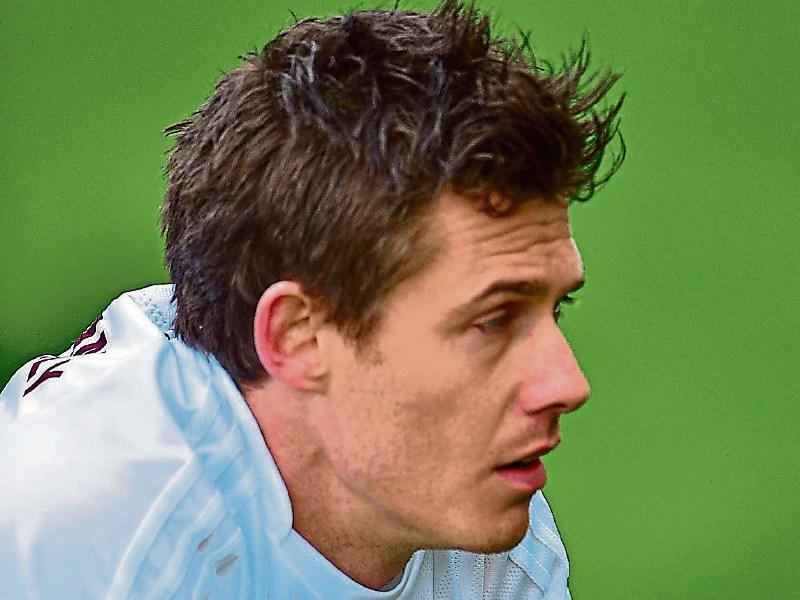 A picture of despair and disappointment of Emmet Bolton after the Div. 3 final defeat against Clare in 2016

The keyboard warriors have been having a busy time of late, expressing their views, thoughts and disappointments concerning Kildare football.

I suppose the thing that must be said initially is that being a Kildare fan, a Kildare supporter down the years has been a trying, frustrating and, at times, a heartbreaking experience.

Kildare are  the great underachievers we have been told over and over again.

And you know when one sits down and looks at the stats, the records,  there are few other counties who have under achieved more than The Lilies.

Just like this season's league table, it is stark, it is truthful and it is somewhat depressing.

But it is nothing new to Kildare when you consider that it took from 1956 to 1998 to win a Leinster title, and that despite winning an All Ireland U21 title back in 1965 with a team that was generally acknowledged as possessing some of the most talented footballers in the country at the time.

Even the great Micko, the most successful manager in the history of Kildare football, still only managed two Leinster titles and one All Ireland final appearance.

The '98 and '00 teams were talented, highly respected, full of classy  footballers capable of playing with any county, yet have only two provincial titles to their credit.

There is hardly an observer out there who does not believe that teams during Micko's era in Kildare were worthy of much more than a mere  two Leinsters and one All Ireland final  appearance.

Go back to the U21 All Ireland team that won that  Championship in 1965; should have retained the title in 1966 only to be ambushed  by Roscommon; beaten finalists again in 1976 andin  2008.

Granted ten Leinster titles at that level and beaten finalists in eight other finals, indicates that Kildare were there or thereabouts during those years but still never managed to make the big break through when it came to  senior level.

This year will mark the 90th anniversary since Kildare won the last of its four All Ireland senior titles.

A shocking record for a county of its size.

A shocking record when one considers the talent we have seen over the years.

A shocking record when you look at what the U21s achieved but failed, and failed miserably to capitalise and build on that talent.

So what is it?

Why has Kildare not made that big breakthrough.

When Kieran McGeeney arrived in Lilywhite Land back in 2007 one of the first comments he made was that other counties loved playing against  Kildare.

Because they were nice he said.

During The Geezer's era, while no silverware came our way, what did was respect from other counties as The Lilies were looked upon as one of the top teams albeit when it came to The Qualifiers.

No silverware, but respect.

Under Jason Ryan, an honourable and hard working manager who gave it his all, saw a fall to Division 2 and then to Division 3.

In fairness to Ryan, he was on a real hiding to nothing. Appointed through player power after the controversial non-reappointment of McGeeney.

After Jason departed and a new manager sought there was really only  two candidates.

The county was divided but once O'Neill's appointment was announced he (O'Neill) got the full support of county board, players and supporters.

He was probably the only person, bar none, that would have been acceptable if Glenn Ryan was to be overlooked (for now).

O'Neill had a top class CV in his pocket having been involved, and very successfully, with counties such as Tipperary in hurling; along with Mayo and Kerry and of course with Kildare at underage.

He had been a selector, a coach, a S&C expert and is looked upon as one of the real up-and-coming managers of this era.

He steered Kildare out of Division 3; 12 months later steered The Lilies into the elite division that is Division 1.

Ironically though, and while making it to the top table, there was a doubt; there was a feeling still that that real hunger, that real winning mentality was still not in the players.

Results this season have shown, despite some near misses, that Kildare  are simply not up to Division 1 standard of football.

That is not to say that the experience of 2018 cannot be built on and cannot be used to further the cause but for now as we head into a Leinster campaign, Kildare find themselves at a low ebb.

Seven defeats in a row in Division 1; no points; no confidence and no shortage of rumours.

So apart from Micko, no other modern day Kildare manager has been greeted in Naas or Newbridge or anywhere else in the county by thousands of fans and supporters with a Cup to display.

Maybe it's time the players took a hard look at themselves.

We hear over and over again the time and effort players put into the county team and while  that is rightly  acknowledged so are players from every other county.

But why is it that Kildare cannot make that big breakthrough.

No All Ireland in 90 years; no Division 1 League title. Ever.

Look at the great underachievers at that level. Patrician Newbridge spring to mind immediately. A school  that has seen players who went on to win All Star awards yet never won a Schools 'A'’ title. They are not alone, Clane and Kilcock spring to mind while Naas, up this year, were all massive underachievers.

At club level, just three senior provincial titles; two to Moorefield and one for Raheens.

Is it a lack of belief?

Is  a lack of tradition?

Is the Co. Board?

Is it the mentality of players?

Are players, some but not all, happy to make a county panel believing they had now 'made it' as regards inter-county success?

Are, we, all of us, players, supporters, everyone involved and concerned, a little soft; capable of going so far but no further?

And so another Leinster Championship is on the horizon.

No one looks beyond Dublin.

But there was a time no one looked beyond Meath.

There was a time no one looked beyond Offaly.

But rarely  a time when no one looked beyond Kildare.

Most are of the opinion that for 2018 to be deemed a success, of sorts, for Kildare the minimum must be to reach the Super 8s.

But there are no cups, there are no titles; there will be no homecoming celebrations  for reaching the Super 8s.

Maybe that in itself says it all.