Kildare in a poor place 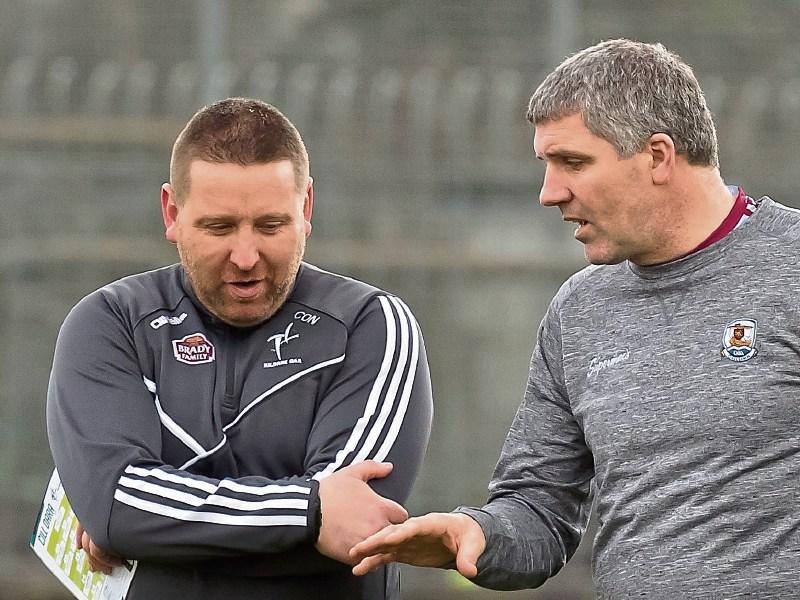 The rumour mill went into overdrive throughout last week following Kildare's defeat to Kerry in Tralee and there is little doubt there was an air of near depression around St Conleth's Park as we entered for the latest renewal of the Kildare-Galway saga.

Only this time last season these sides met, twice inside a week. The first in Salthill as Kildare, already qualified for the League Division 2 final brought down a second string to take on the home side who were in need of a win to qualify for the final a week later in Croke Park.

Considering the team that lined out for Kildare and the performance they put in, despite losing by a point, the following week it was with confidence that The Lilies travelled to Headquarters for the Division 2 decider.

And again despite looking in control midway through the second half it was Galway who kicked on to clinch the title, both of course being promoted.

Twelve months on and the sides met again last Sunday but what a change of circumstances.

Galway, the surprise packets in Division 1, had already booked a place in next Sunday's Division 1 final and a tilt with The Dubs. Kildare, on the other hand, after losing their previous six games on the trot, were already relegated before a ball was kicked in anger.

Then again if you were awaiting a ball to be kicked in anger in St Conleth's Park on Sunday, you could be still standing (or sitting) at the home of Kildare football.

It was a game devoid of any passion, any intensity, any full blooded commitment, from both sides it has to be said, but from a Galway point of view one could say it was understandable but no such reason could be placed on the Kildare shoulders.

Granted The Lilies began with an unfamiliar side; a few lads making their debuts all perfectly understandable but the rumour mill was telling us something somewhat different.

Kildare boss, Cian O'Neill was questioned after the game and denied their were problems in the camp; denied any player had been dropped off the panel and said no player was out of the match day panel due to any disciplinary action.

Yet the talk, not surprisingly, was all about the opposite.

The manager did say after  the Kerry defeat “we were relegated and we decided to have a few drinks together; we just put that behind us got on the bus on Sunday and came back to Kildare and that is what happened.”

The manager added that he, and his management team, wanted to give players who had not got any game time some action against Galway, “we wanted to give lads the opportunity to get on the pitch; we have 34 on the panel and some lads had to step out to allow other lads to step in.”

The manager did confirm he was giving all his players a break for a week; they will convene next Tuesday when plans for the upcoming Leinster Championship will be put in place.

The manager also confirmed that he, along with his management team, will be taking a fresh look at their panel before it is officially announced in or around a week or so.

There is though absolutely no doubt that at this time Kildare are in a bad place; confidence is at a low ebb after seven defeats in a row and there is little doubt also that lifting their confidence prior to the commencement of the Leinster Championship, will be a major job, but as O'Neill said “that is our job, that is what we have to do” while at the same time saying “it is also the job of the players.”

The Lilies play the winners of the opening round game,  Carlow v Louth in about eight weeks; in between their will be an opening round of the senior, intermediate and junior club championship, after which the players and the management will have three weeks to concentrate (two when  they will know their opposition) before the quarter final of the Leinster Championship.

The vibes, at the minute,  are far from encouraging!