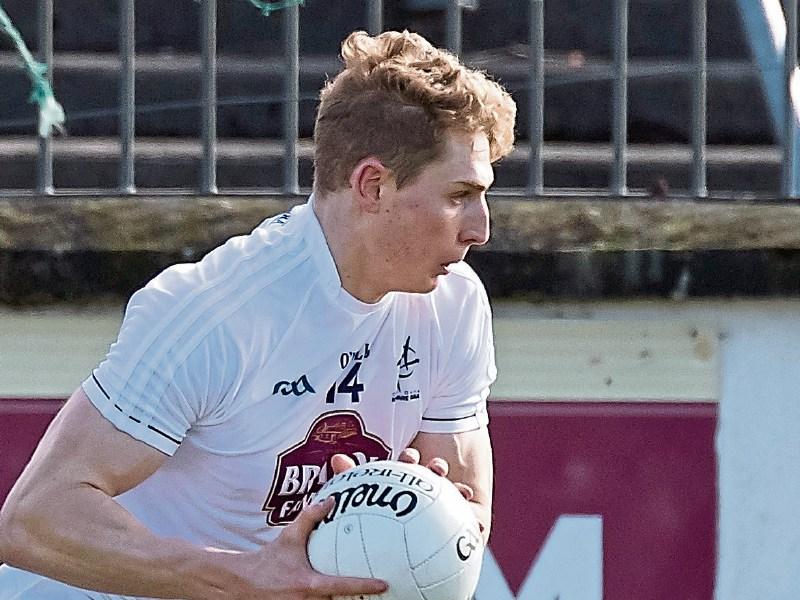 Danial Flynn, man of the match

Kerry eased their relegation worries while the result confirms Kildare’s return to Division 2 of the Allianz Football League with this five point defeat in Austin Stack Park, Tralee, this evening (Saturday March 17) on a final score line of Kerry 0-19 Kildare 0-14.

Another disappointing loss for Kildare but at half time it looked like it was going to be a mauling when trailing 0-11 to 0-5, having gone for 20 minutes without raising a flag.

At that stage Kevin Feely was gone off with an ankle injury and Kerry were dominant throughout.

On the resumption Kildare raised their game, showed a lot more urgency and while they never really looked like getting to the home side they certainly showed vast improvement.

In Daniel Flynn The Lilies had a real genuine man of the match. The Johnstownbridge man gave his marker a torrid time, scoring six points from play and caused a lot of problems in the Kerry back line throughout the game.

Kildare manager, Cian O’Neill, said after the game that while disappointed with the result he was encouraged by the second half display when “we were very competitive throughout but simply not good enough on the day.”