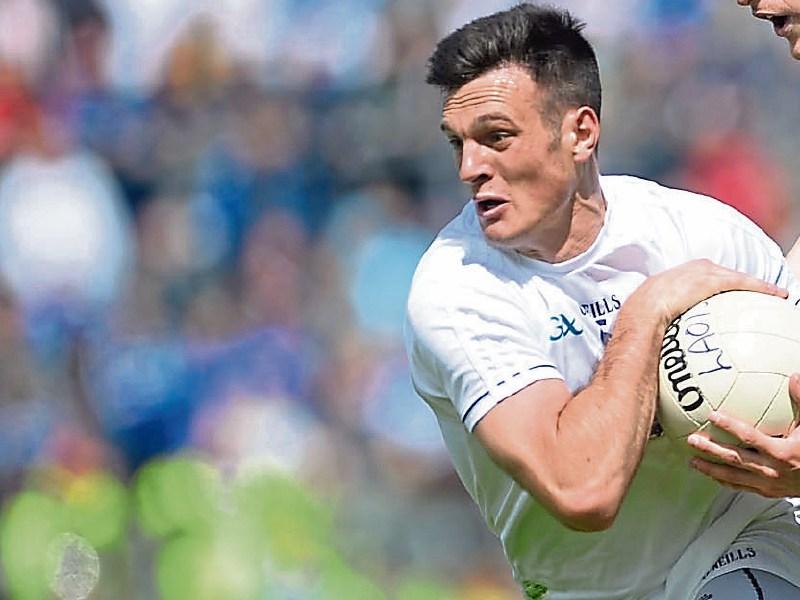 A lovely county is Donegal; friendly with lots of beautiful scenery; wouldn’t be overly enamoured with the state of some their roads mind you but we have some great memories of the county nevertheless.

Probably one of the most enjoyable 'away' games Kildare had over the years was the opening game of the League back in 1992.

It was a time when a few games of the league were played before Christmas and that year was Donegal's first outing after winning the All Ireland in September.

But what a weekend.

And that was only the Saturday night!

And so we returned on Sunday, just a day trip on this occasion and it was to Ballyshannon; a venue we last played there under the late Dermot Earley back in 1996; a drawn game with the home side hitting 1-1 in extra time to deny us.

Not sure who the reitóir was back in '96 but we won't be forgetting the bearded one from Slane in the county of Meath from 2018.

Is there something about referees from The Royal County and Kildare I wonder to myself.

Maybe it's me but we rarely have a Meath ref that there isn't some sort of controversy.

And Sunday last was no different.

Holy God I don't know what we ever did on that county but somewhere along the line there must have been an incident that put Royal Refs off Kildare and it looks like they will never forgive us.

On Saturday evening I took a gander on the Eir channel where The Dubs travelled west to take on their Mayo counterparts.

Needless to say the champs won, and while it was only by a few points the result was never in doubt.

Amazingly and not realising what was to come on Sunday, I remarked to a fellow I happen to bump into at the counter that  Dublin's early goal scorer, Paul Mannion had no gum shield.

Taking a closer look as the game went on and what do I cop but The Dubs excellent player Ciarán Kilkenny also showed signs of having no mouth guard;; maybe in his case it was just as well as he spent a lot of time in conversation with the match official from Roscommon!

Strange, I said to myself, but maybe on account of the long journey from the city to Castlebar the All Ireland champions got a special dispensation.

Begob then I cop that a few of the Mayo hardy boys were also shieldless and keeping a close eye there could have been upwards of a dozen players in similar situations.

And before a ball was even kicked our friend from The Royal County held up proceedings as he demanded that a player from Kildare and Donegal put in their gum shields.

Definitely, I mutter  to myself, there was a dispensation for the Mayo and the Dublin lads the night before, which I though very unusual in the circumstances as going on past performances one might have imagined there would possibly have been more need for gum shields in Castlebar than in Ballyshannon.

But anyway off we go; the game on Sunday swings into action and a Kildare lad could be clearly seen putting his shield in his sock.

Very handy I say to myself; very little danger of losing it if it is tucked firmly in the auld sock.

One of the Donegal players took a different approach as he held the gum shield, not on his gums as, I presume, is the idea, but he ran up and down the field in Ballyshannon, his gum shield clearly visibly hanging out the corner of his gob.

Not long in and one of the Kildare lads picks up a yellow card for not wearing his shield but in fairness, he knew immediately where to get it, and reaching down to his sock took it out and continued to play on.

Unfortunately Eoin Doyle was not in a similar position.

The Naas man lost his gum shield in a clash; unfortunately the shield was never to be seen again.

And even more unfortunately the referee, our bearded friend from The Royal County, did not like the look of the Kildare captain without his gum shield and told him to get one in place immediately.

The Naas man, no doubt aware he was supposed to be wearing one, headed to the line in search of a spare.

But lo and behold Mark Donnellan in the Kildare goals, not having been informed, and no announcement having being made over the PA system that the ball was not to be kicked out to his captain until he had a gum shield in place, duly found his no. 6 from the kick out.

Doyle, as one would, automatically went for the ball, making a clean catch; the referee blew, presumably I said to myself at the time, to award him a mark, but instead flashed his yellow card, the second of the game for the Kildare captain; awarded a free to Donegal and play continued.

A couple of minutes later the bearded one, trotted back to Doyle and flashed his red card, obviously having forgotten (or been told) he had already given him a yellow, much to the disgust of the Naas man.

One can only wonder if the forgetful match official, realised the Kildare captain was already on a yellow, would he have in fact given him a second, but that is something we’ll never know.

And then you wonder why referees come in for some stick!

In the meantime the search for the Kildare captain's own gum shield is ongoing as he, and every other footballer, club or county; north, east, south or west will be ensuring their gum shield is in its rightful position come the weekend.

Whether that is in the player's mouth, or his sock, might, just might, depend on the match official.