Disappointing day for The Lilies 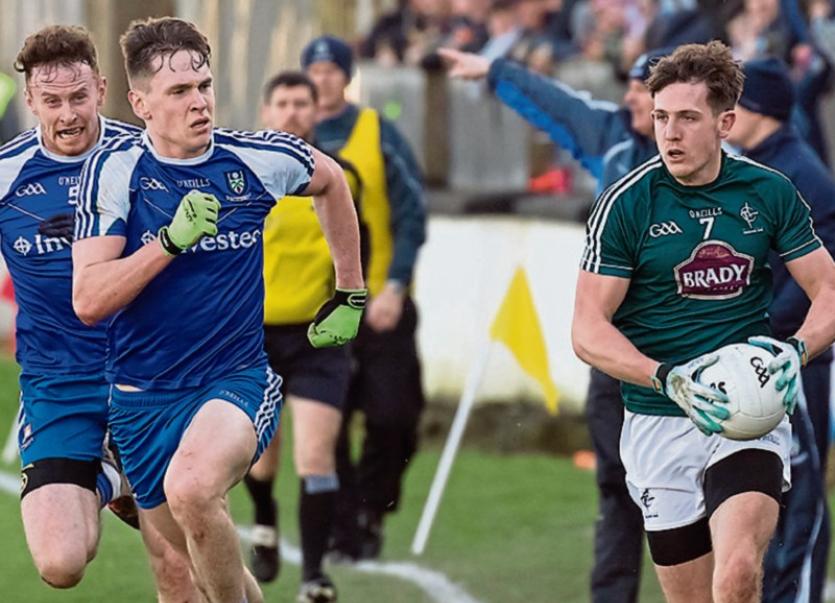 Kildare lost for the second week in a row in Round 2 of the Allianz Football League, Division 1, going under to Monaghan by a single point, at St Conleth’s Park today.

It is without a doubt a game Kildare will feel they let slip through their finger tips, with some dreadful missess both early in the first half and then in the last five minutes.

Monaghan led at the break, 16 to 0-5 and thoroughly deserved it as Kildare’s decision making, free taking and losing possession left an awful lot to be desired.

On the resumtpion The Lilies came alive and within seven minutes fired overe three points, Ben McCormack looking dangerous every time he gained possession and while he fired over two points, he was forced to leave the field, initially with blood on his face, but it soon became obvious he was more seriously injured as he was helped down the line and into the dressingroom.

Kildare draw level but never took the lead, despite having at least three gilt edged points that were either hit wide or short.

In the end the points went to Monaghan on a final score line of Monaghan 1-10 Kildare 0-12.