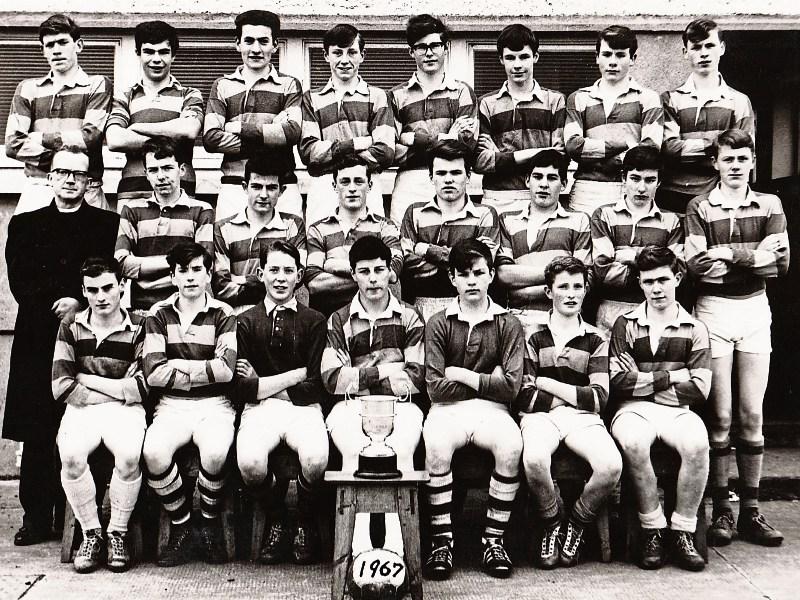 It is all of fifty years ago since Naas CBS were crowned Leinster U17 football champions, bringing home the coveted Cup back in 1967.

The team, captained by the stylish Brendan Dowling and included Eamonn O’Donoghue, who went on to manage UCD to Leinster Club success before taking charge of Kildare seniors. Also on the team that day was Eamonn’s younger brother Richie, who also played senior county for The Lilies.

Padraig McManus, now chairing up a committee overseeing the revamp of St Conleth’s Park lined out at the end of the square; Padriag is also chairman of the Curragh Race course committee, presently on a €75 million redevelopment at the home of the flat racing.

The team was managed by Bro O’Grady, a popular teacher at Naas CBS for many years.