SFC FINAL PREVIEW: Moorefield captain Daryl Flynn happy to be back full time with the club this year

Look ahead to the county final 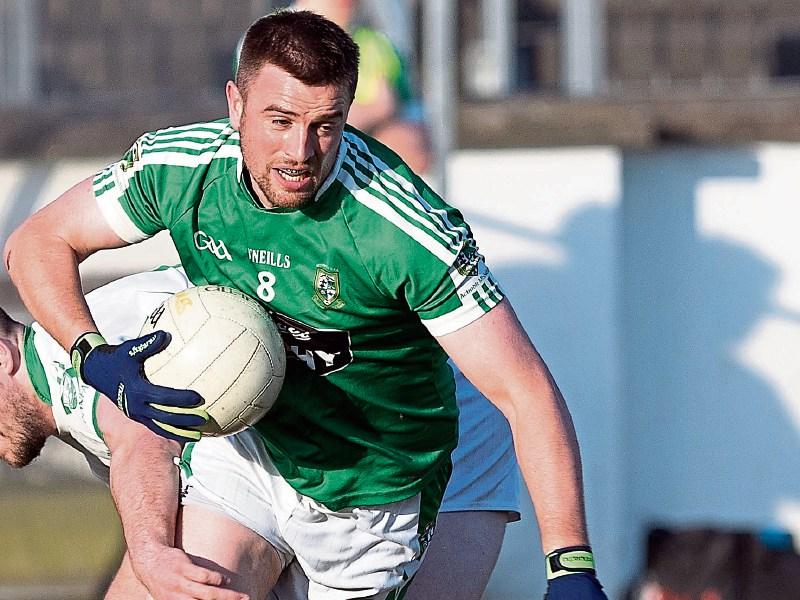 First year back full time with the club after given all of 12 years with the county Daryl Flynn still has that bit of a glint in his eye, that pep in his step and as he says himself “absolutely honoured and privileged to be captain of such a magnificent club as Moorefield.”

“Yes new management; I played with them all and they  command huge respect from all the players, young and not so young; they bring something different and so far it has worked as we just kept improving as the season unfolded and now we are where we want to be which is great.”

As for the newer lads, Daryl emphasises that they have done really well.

“In fact” he adds, “they are keeping the rest of us on our toes; it's great; the next week or two is a great time for them lads in particular but we have a great squad; the subs have made big, big impacts this year; we know when we go out each and every lad gives it his all, let it be for 20, 30, 40 minutes or what ever, but are all fully aware that there is a fella waiting to come in and that he is more than ready and capable to step up to it and that in itself is a great way to feel; we are a tight group and work for each other whether that be on the field or off the field of play and that is a real bonus and has stood to us this year.”

Daryl admits that he is not a great man for going and simply looking at other games but says is very aware of exactly what Celbridge will bring to the table on Sunday, especially as he has played and trained with all of the county lads up this  season.

“I know the county lads very well; from Shane McNamara a top class keeper; Mick O'Grady has had a super year with the county team; Ollie (Lyons) a great man marker; Fergal (Conway) has really blossomed in the last couple of years.

“I have first hand knowledge of Fergal” he says with that impish grin on his feasóg, adding “as over the past two years or so we were probably vying for the same position with Kildare but he is a class act these days, a really good and competitive player and a man I have huge respect for.”

Turning to Paddy Brophy, in his first year back from Australia, Flynner says he is  delighted to see him back, speaking as a Kildare fan this year; but Moorefield and Celbridge have played a good few times over the past few years and we scraped most times but the big difference being there was no Paddy Brophy.

“Two years ago we bet them by a point and they kicked 17 wides but now he is (Brophy) back; he is a great lad, has a great head on his shoulders; he can be very proud of what he did in Australia but he is a major player now and will take a lot of looking after.”

So what about the final?

“If we are to win we will have to be playing at the very top of our game, and for the entire game; they are strong in vital areas of the pitch; we'll go in as underdogs but we'll give it a go and hopefully we come out on top.”