SFC FINAL PREVIEW: Celbridge captain Fergal Conway says they are under no illusions

Look ahead to the county final 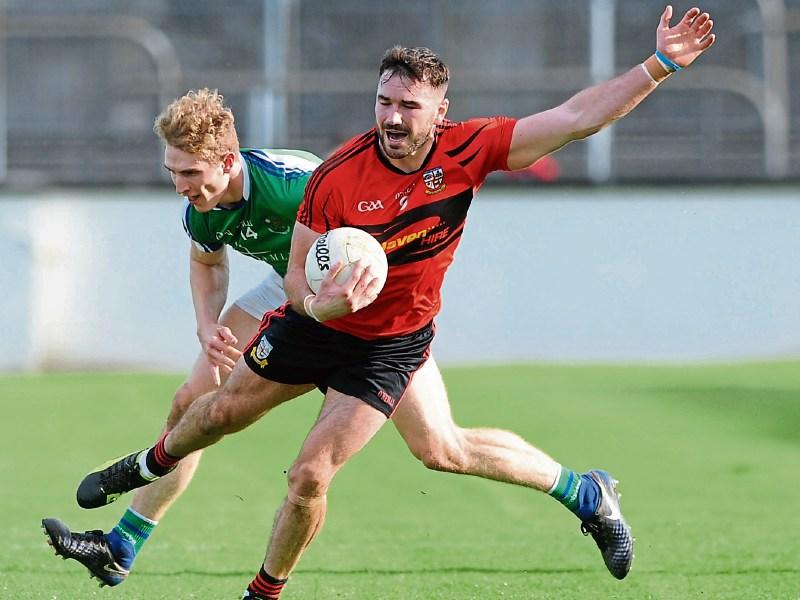 This Sunday Fergal Conway will follow in the footsteps of Padraig Fitzgerald as the only men to captain Celbridge in a senior football final.

Conway is not new to appearing in county finals or having extended years as he has been through it all with the club’s hurlers in recent years.

He is delighted it’s the footballer’s opportunity now to get a taste of the big day and he’s just relieved to finally reach a final.

“I suppose it’s nice to get over the semi-final after losing the last few in a row and obviously we haven’t been in a county final since 2008 and it’s nice to get back into one and we had a tough battle against Johnstownbridge which we knew wasn’t going to be easy but yeah happy to be back in a final as its only our second one so it’s a nice place to be.”

The bustling midfielder has been a standout for club and county over the last two seasons and while he is still annoyed at how the year ended with Kildare, he was happy to get back with Celbridge and is content with where his game is at the moment.

“I suppose after a disappointing end with Kildare, the first thing you want to do is get back playing again and it’s nice to be playing club football at this time of year because in previous seasons we have been knocked out in semi-finals and it’s been tough to take so it’s a good place to be", he admitted.

The return of a Paddy Brophy earlier in the year from Australia was seen as a big boost for everyone in Kildare and he has been leading the line in style for Celbridge in the championship.

The Skipper is just glad to have him back on board as he knows what he is capable of.

“Obviously when Paddy came back I was gutted for him that his career in Australia was over but probably selfishly you were thinking it’s great to have him back firstly for Kildare and then obviously for the club when Kildare was finished.

“Paddy has been one of our go to guys ever since he’s stepped on the scene with club and county and he’d be an addition to any set up so it’s nice to have him back.”

Moorefield have the advantage of having appeared in many more senior finals in recent years than Celbridge but its not something the team is too worried about as they feel they still have some experience from the 2008 team while a lot of the team have appeared in the white of Kildare in big games at one stage or another.

“There’s only a handful of lads that would have played in 2008 but I think a lot of lads would have got experience playing in big games for Kildare at minor level or under 21 level so there is a lot of experience in different high pressure games but there is more excitement for lads and everyone deals with it differently but it’s something we are all very much looking forward to.”

Conway knows exactly what his team is running into this weekend and feels they will have to be at their very best if they are to emerge with the Dermot Bourke cup.

“I think we are relatively happy the way things are going but I suppose we are under no illusions what the next step brings for us with this Moorefield outfit.

“We wouldn’t read too much into whatever tag is put on us but it doesn’t really matter as we know what this Moorefield team are all about.

“They are a fantastic outfit and have been in so many finals over the years and we are just going to have to focus on our performance because we know if it’s not up to the highest standard it’s not going to be good enough to get over them because this year and even any other year Moorefield are always impressive and they are the bench mark in club football in Kildare at the moment so it’s going to be a tough battle.